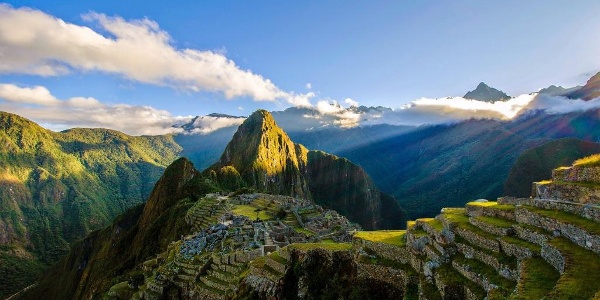 The City above the Clouds

The Inca city of Machu Picchu was built on a ridge in the Andes approximately during the years 1450 to 1460. At an altitude of 2430 m, between the peaks Machu Picchu and Huayna Picchu (eng. Old and Young Peak), and narrowly 80 km away from Cusco lies the terraced ruined city.
Historical Site · Peru

Peru
Machu Picchu is an ancient ruined city constructed by the Inca and is Peru’s landmark.
by Natalie Seelos,   Outdooractive Editors
The terraces are joined by steps. Over 200 stone buildings were located in the area; the majority of them either remained intact or were reconstructed. The city had a water supply as well as a sewage system. Up to 1,000 people were able to live there. The area was divided into different districts such as residential areas, palaces, public buildings (e.g. temples), and agricultural land. Hence, the assumption that the population was divided into a ruling family, servants, religious specialists, as well as workers and farmers, may be very likely.

The “Discovery” of the Inca City 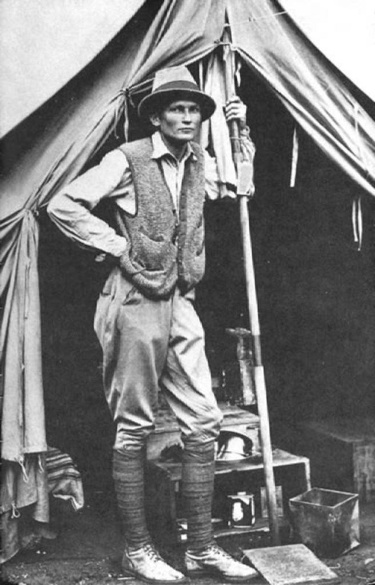 Hiram Bingham III. in front of his tent close to Machu Picchu in 1912
Photo: CC0, Wikimedia Commons
Usually, the American explorer Hiram Bingham is said to be the discoverer of the Inca city. In 1911, he was on an expedition with Yale University in search of the “Lost City of the Inca” in the Andes. With the discovery of Machu Picchu, he believed to have reached his goal. However, Vilcabamba is considered to be the real lost city after it was discovered in the 1960s by American aerial photographs and resulting expeditions.

Before Bingham, numerous other “discoverers” had been to Machu Picchu and so this achievement cannot really be assigned to him. After the Inca had left their city during the Spanish conquest, it was not discovered by the Spanish, however, over time several explorers and surveyors came across the ruins. The indigenous people must have had knowledge over the existence and the locations of Machu Picchu, too. Bingham made the city internationally renowned which is why he is often awarded the status of the discoverer.

The Ruins as a Summer Residence of the King

Why was Machu Picchu built? There are many theories circulating around the use of the Inca city. Nowadays the most common theory is that the Inca king Pachacútec Yupanqui (ruled between 1438 and 1471) ordered the construction of Machu Picchu to have a second residence. The royal family went to the mountains for relaxation and their servants staid there throughout the whole year. So, there was no lack of anything during a stay. This theory is supported by archaeological finds (ruins and skeletons) and holds, therefore, the most likelihood. 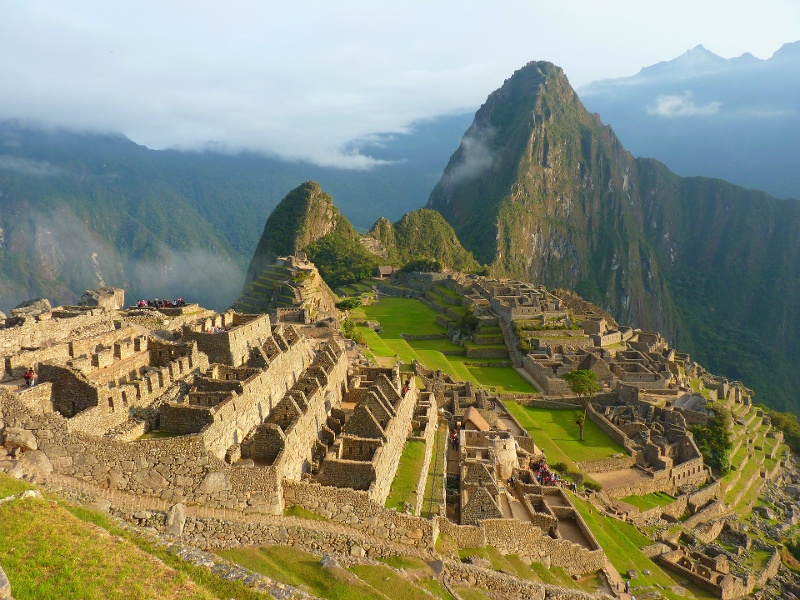 The Risk of Tourism

Since 1983, Machu Picchu has been part of the UNESCO world heritage and in 2007, it was awarded to be one of the new Seven Wonders of the World. The ruined city is one of the biggest tourist attractions in South America. Every day, over 2500 people come to visit the city above the clouds.

Tourism endangers the cultural heritage and the environment enormously. UNESCO demands the reduction of the number of visitors to 800 per day and is strictly against the construction of a cable car going up to the city. Machu Picchu lays deep in the middle of the Andes and is difficult to reach. With a cable car, it would be easier for tourists to ascend the mountain. The influx of visitors, however, will dramatically increase and the risks of a landslide will be higher.

Understandably, many people want to visit the ruined city. However, everyone should keep in mind that the cultural heritage of this place must be maintained and with more and more people coming this is very difficult to guarantee.