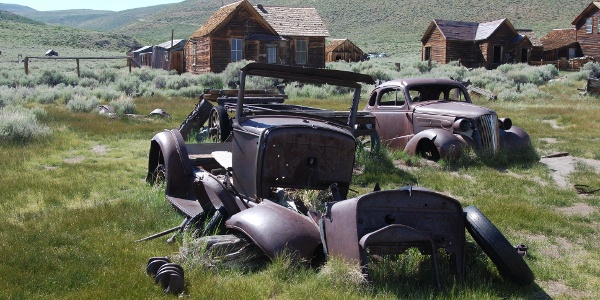 During the gold rush of the 19th century, thousands of workers left their homes and families to move to a vein of gold to try their luck there. The people driven by fate, who set out in hope or despair, formed the basis of every gold rush. Many died already on the arduous journey and never reached the place of the gold discovery. Those who arrived started a completely new life near the gold mine. Thus within a short time, large cities uprose.

Not all gold mines were profitable for a long period of time, and so, after the exhaustion of the vein, nothing kept people at these places anymore. Due to the monoculture of gold, there were not enough jobs and supply possibilities for the inhabitants. Many moved on to the next vein of gold. So the big gold digger towns became ghost towns. Often the inhabitants left behind their furniture and many of their belongings so that even years later the feeling arises that the city had only been abandoned just yesterday. 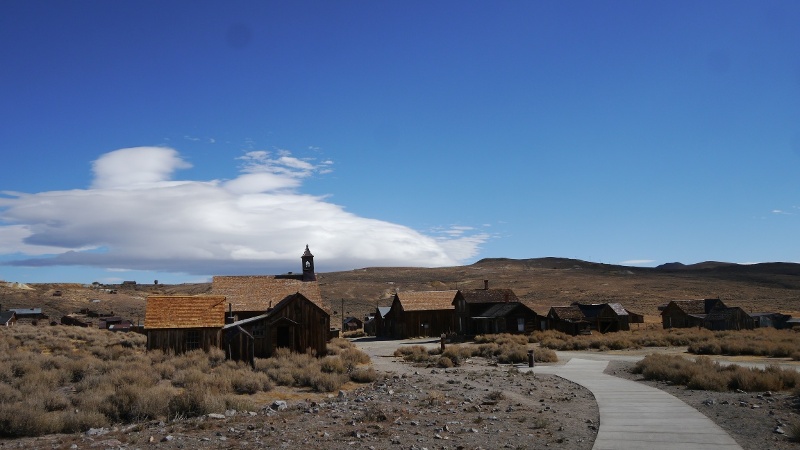 Rise and fall of Bodie

To the east of San Francisco, on the California-Nevada border, lies Bodie. In 1859, W. S. Bodey found gold north of Mono Lake. He died in the same year, but his family founded a town on this spot and the gold mining began in 1961. A gold mine was built and within a short time, Bodie grew to one of the largest cities in California. In its heydays, there were 65 saloons along the main street, numerous brothels, a Chinese quarter, several churches, a railway, several newspapers, and breweries.
Where there's so much gold, of course, crime is not far. Murders, robberies, and stagecoach robberies were the order of the day. Bodie was considered one of the wildest and most lawless cities in the West. “Goodbye God, I'm going to Bodie!“, a girl wrote in her diary when she moved with her parents to the gold mining town.
Monument · California

Standard Mine and Mill

California
Mine in the deserted town of Bodie north of Mono Lake
from Hartmut Wimmer,   Outdooractive Editors
Historical Site · California

California
Former trade union building in the Californian ghost town of Bodie
from Hartmut Wimmer,   Outdooractive Editors
However, the gold mine only made profits for a few years, the price of gold fell rapidly and the operation became less and less profitable. The great American gold rush was over. Since there were no other sources of income in the city, droves of people moved on and the population sank as fast as it had risen.

The mine continued to operate, but the workers came from neighboring towns and at the beginning of the 20th century, the railway line was dismantled. A major fire in 1932 marked the final decline of the town.

Around 170 abandoned buildings were left behind, which had been spared from the fire. A church, a school, a bank building, a bar, a shop, and several residential buildings, as well as the large mining building, tell the story of the gold mining town of Bodie. In the school the notebooks of the pupils are still on their tables, in the shop, there are still food cans for sale and in the hotel, the billiard table is waiting for the next game. Very dusty, but well preserved due to the low humidity at 2552 meters height. 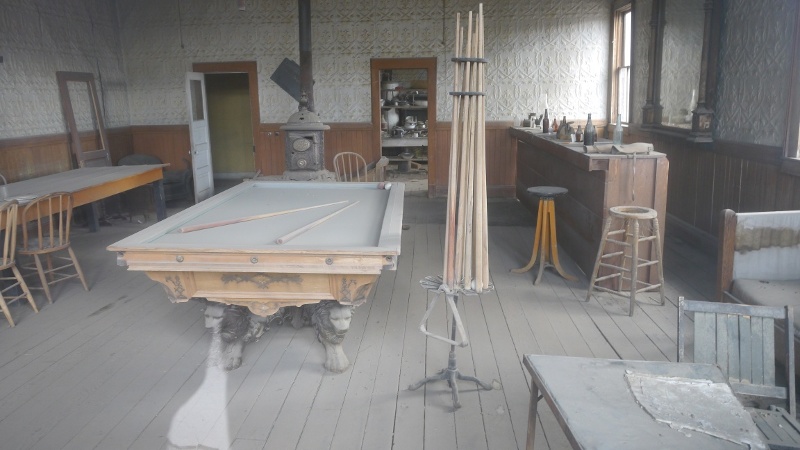 View into the interior of the Wheaton and Hollis Hotel
Photo: Hartmut Wimmer, Outdooractive Editors
Since 1962 the city is protected as Bodie State Historic Park. Rangers take care of the preservation of the city – but there is no restoration. The city stays exactly as it is. Only a museum and a small shop tell more about the history of the former gold mining town, which today is a real ghost town. Visitors are not lured into a tourist trap with false cowboys and inflated prices. Those who take on the arduous journey over the bumpy road in the middle of nowhere are welcomed by deserted streets, squeaking doors and maybe also a tumbleweed that crosses the way. This is truly a one of a kind Western experience.
Nature Trails · California

January 09, 2017
easy
2.6 km
1:15 h
51 m
51 m
The tour leads through Bodie, one of the best preserved ghost towns in the USA. The abandoned city is located in the east of California at an ...
from Hartmut Wimmer,   Outdooractive Editors
Cemetery · California 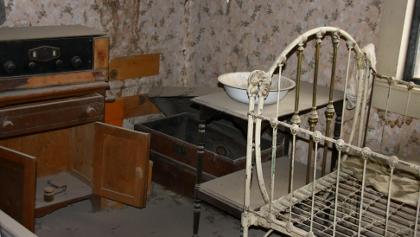 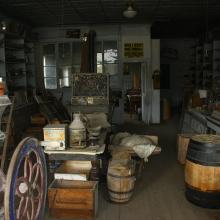 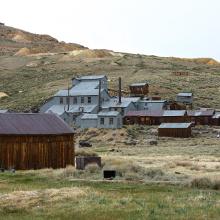 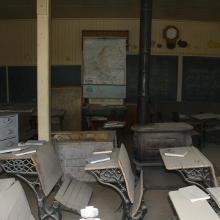