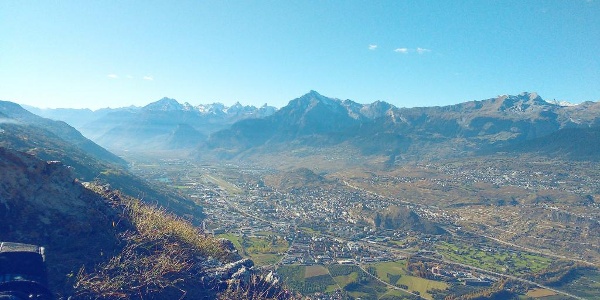 Can you make out the sleeping giant? See if you can discover the origins of the name of the village of Nax, which some claim derives from the word “nose” (nasus in Latin). This nose forms part of the silhouette of a face in the rock – which you can see in the photo gallery.
more
Show less
Difficulty
C moderate
Technique
Stamina
Experience
Landscape
Risk potential
Highest point
Belvédère, 1229 m
Lowest point
Villetta, 977 m
Best time of year
Jan
Feb
Mar
Apr
May
Jun
Jul
Aug
Sep
Oct
Nov
Dec
Exposition
Access
10 m, 0:05 h
Wall height
220 m
Climbing length
250 m, 1:30 h
Descent
250 m, 0:20 h

Weather conditions: before setting off to tackle a via ferrata, it is important to check the weather forecast. Bad conditions can make climbing dangerous – particularly in stormy weather.

Rockfalls: because of the risk of falling rocks – usually caused by climbers higher up or by animals – all climbers are strongly advised to wear a helmet.

Safety: always leave sufficient distance between yourself and the climber ahead. There should never be more than one person between two anchor points.

From the hairpin bend, a path into the forest leads you to the foot of the cliff and the start of the via ferrata. The first section is the most demanding: this takes you straight up a few dozen vertical metres to a level where the trees no longer conceal the view of the valley. Next comes a traverse across the rocks without climbing, followed by two rope bridges. You then scale a rock face and climb along the north-west ridge as far as the final exit at an altitude of 1,220 m. After the exit, continue walking uphill along a little track as far as the lookout (Belvédère) for a breathtaking and totally unobstructed view of the whole Rhône valley. To return to the starting point, either directly take the little trail in the forest on the western side of the footbridge, or follow the track near the campsite a little further on. If you are travelling onward by public transport, the best option is to walk up to the village of Nax, served by regional buses.

Hourly busses from Sion to Nax.

Highway A9 to Sion,  take exit 27 (Sion-Est). Continue direction to the Val d0Hérens and take the "Route de Chippis" and "Route de Nax". At the third switchback the beginning of the via ferrata is marked.

Parking at the third switchback coming from Bramois to Nax. Another parking is situated in the village of Nax near the camping.

All climbers must wear a harness. Because of the risk of falling rocks along the route, a helmet is also essential. Ensure you have sturdy footwear and appropriate clothing, and bring a small rucksack with water and a snack. A suitable pair of gloves will protect your fingers and knuckles from grazes.
Responsible for this content
Valais/Wallis Promotion
Service and contact
Individual travel deals by Valais/Wallis Promotion
Travel Guide: Switzerland › Valais › 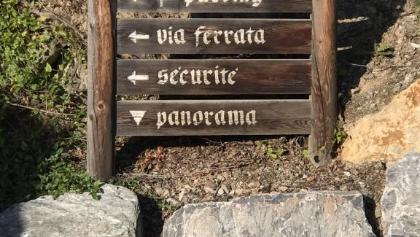 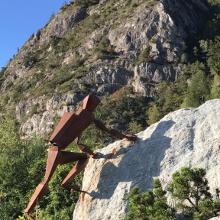 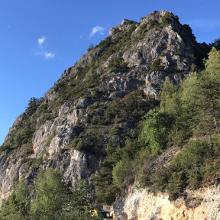 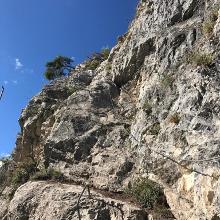