The legend of the origin of Lake Wörth

The “Wörthersee” in Carinthia is Austria’s most famous swimming pond – numerous tourists visit the shores every year and quite a few films and TV shows use the water and the surrounding places as a backdrop. But an old legend tells the story of what is hiding on the ground of the lake.

The lake does not only attract tourists with its turquoise water that is the result of limestone from the alpine influx, algae as well as the sunlight. The lake is ideal for swimming and all kinds of watersports. But there are also several other attractions at the shores of the lake. Velden Castle is known from the German/Austrian TV series “Das Schloss am Wörtersee”, while the pilgrimage church Maria Loretto does not only attract pilgrims and the sky box “Pyramidenkogel” provides a unique view over the lake and its environment. Families with children have a particularly good time in the miniature park “Minimundus” while a boat tour on the lake is part of a vacation at Lake Wörth.

Legendary origin of the lake

But according to a legend, all of this was not possible about a hundred years ago. A town with magnificent houses was located here instead of the lake. Because of their wealth, the locals grew boisterous and turned away from faith. And thus, on the eve of Easter Sunday, they organized a great feast. The origin of this particular Christian holiday is meant to inspire commemoration and yet the locals danced exuberantly and loudly. When the church bells announced the late hours, but the noise of the feast drowned out the sound of the bells. 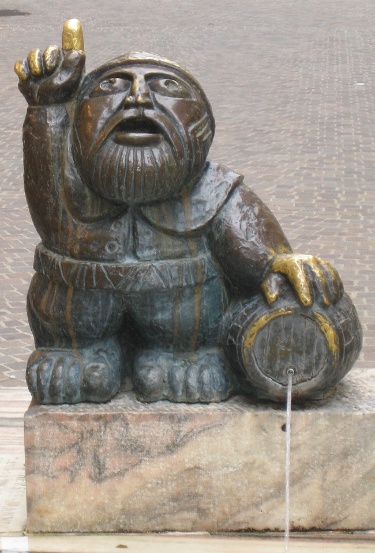 But then a little, grey men entered the banqueting hall and called on the people to change their minds: “Oh, you revelers, don’t you know what feast we celebrate tomorrow? Go home, before the hour of atonement has passed and punishment awaits you!” Accompanied by the laughter of the locals, the little man left the feast, but returned with a barrel shortly before midnight and once again warned the people: “Otherwise I will open the barrel and death and doom will be your end!” But again, they just at him.

As the clock stroke at midnight, all lights went out, the walls trembled and a terrible thunderstorm brought heavy rain. The little man was gone, but his barrel had remained – opened and endless floods of water streaming out of it until the town and all his citizens were drowned under it. Thus emerged Lake Wörth.

Active at the lake

Today, some people still believe that the houses and churches lie underneath the water and on quiet summer days one can still hear the church bells. There even is a statue of the little man, called the “Wörthersee-Mandl”, in form of a fountain in Klagenfurt – as a symbol of remembrance and warning about the beginning of the lake.

Apart from the ringing of the bells, nothing refers to the town beneath Lake Wörth. The new places and sights around the lake invite tourists to stroll along the shores. And even if you search for athletic activities around the lake, you won’t be disappointed. You can of course circle the lake – by foot or by bike.

By the way, the scientific explanation about how the lake emerged is rather simple: Lake Wörth is a relic from the glacial period.