Back
Start Stories On the tracks of J. K. Rowling in Edinburgh
Share
Bookmark
My Map
Print
Plan a route here
Embed

On the tracks of J. K. Rowling in Edinburgh

Responsible for this content
Outdooractive Editors Verified partner
Harry Potter – pretty much everyone knows the Magic Boy, who has generated suspense within book and film lovers for many years. After one volume was finished, there was always the anticipation of the next; after the credits in the cinema the hopeful expectation for the following film. This whole world can be explored at its roots in the capital of Scotland.

Edinburgh is the city where J. K. Rowling lived for many years and where she put most of her successful book series on paper. So it is not surprising that she took inspiration from the old architecture of the city and allow herself to get carried away by the charm of the Scottish capital. 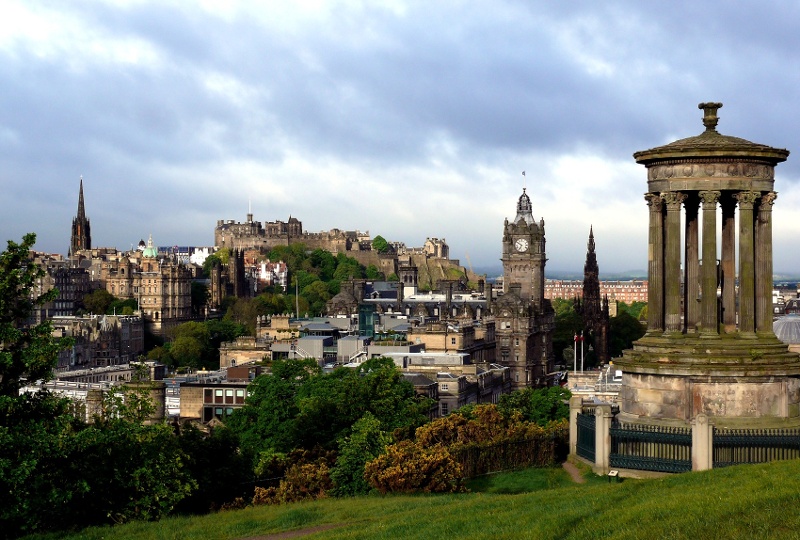 The idea for the story about the magician came to Rowling on a train but the writing process took place mainly in Scotland. The first volume was mostly written in today's Spoon Café, which was called Nicolson's at that time. During the second and third volumes of the magic book series, she often stayed at the nearby Elephant House, which advertises this explicitly. A visit to the two cafés, especially the latter one, is on the to-do list of many tourists so that long queues can be expected.
A "Rowling-place" of a different kind is thee Balmoral Hotel. Already successful with a few books, the author came to the luxury hotel after she had completed her book series, in order to have her peace and quiet from fans and reporters, who increasingly addressed her in public. But if you want to stay overnight in the suite named after her, you have to dig a little deeper into your pocket.

Some places in Edinburgh are considered a source of inspiration for J. K. Rowling. As she wrote the books and put herself in this completely different world, it is easy to imagine she was influenced by the old buildings on her walks through the city.

Although the film locations are not in Edinburgh, the imposing Edinburgh Castle on its own Castlehill as well as the St. Giles Cathedral do not leave doubt that the vision of the magic school of Hogwarts could have been created here. And also the mighty masonry of George Heriot’s School reminds of the castle of the magic world. But not only because of its four towers: The pupils of the independent school are divided into four houses. 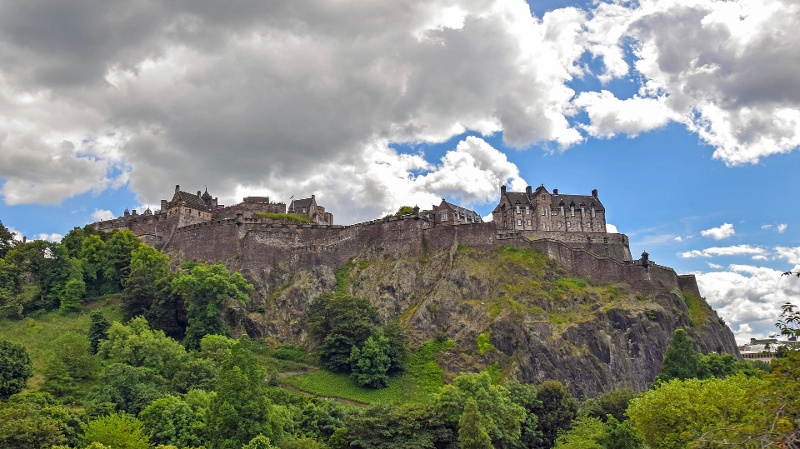 Edinburgh Castle
Photo: CC0, pixabay.com
A walk over the Greyfriars Kirkyard is a special experience. On the old gravestones, you will discover one or the other name that is very familiar to Potter fans. William McGonagall, Elizabeth Moodie and Thomas Riddell? This rings a bell!

Another excursion leads to the city's own Diagon Alley. Victoria Street in Edinburgh with its cobblestones is said to be the archetype for the street behind the Leaky Cauldron. And it gladly accepted this reputation: Numerous shops offer souvenirs and items that a true magic fan really needs.

On a stroll through the city

If you stroll through the alleys of the old town, you will certainly come across other interesting places that are possibly connected to the magical world. If you pass the bridge with the inscription "Potterow Port," you immediately think of Harry. And if not as a model for the name of our hero – there are many Potters – then perhaps as inspiration for the Dementor scene of Dudley Dursley in the third film.

And if you're thirsty for butterbeer, you won't be disappointed in Edinburgh. The drink is offered in the "Dog House." And if you want to return to the safe tracks of J. K. Rowling in Edinburgh, you should visit the Edinburgh City Chambers. At this place, her handprints can be found on the stone floor.

from €200.00
by Wiebke Hillen,   Outdooractive Editors
Stronghold · City of Edinburgh

City of Edinburgh
The famous Edinburgh Castle, one of Scotland's most important landmarks, stands on Castle Rock ...
by Wiebke Hillen,   Outdooractive Editors
Church · City of Edinburgh

City of Edinburgh
St. Giles' Cathedral in Edinburgh's Old Town is the main church of the Church of Scotland and a ...
by Wiebke Hillen,   Outdooractive Editors
Education · City of Edinburgh