Perfect Day to explore the Chilterns 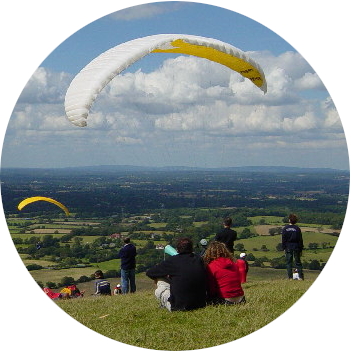 Responsible for this content
perfect-day-out Verified partner
My perfect day was a bank holiday Monday. I was meant to see my sister, but she cancelled on me last minute. So I decided to make the most of the beautiful weather and take a short train journey out of London and go for a walk somewhere beautiful.

I found a woodland walk recommended by the Chilterns Society, it is six mile walk, with views and stopping places which is about right for me; any more and my legs begin to ache!

I took the train to Tring station, which apparently opened in 1837, nearly 200 years ago! I walked through farmland and up a small hill. The hill was only very tiny but due to living in London and getting the tube everywhere I found myself getting out of breath!

The Chilterns are a ridge of gentle hills, covered in beech woodland and open grassland. They are part of an ancient long distance path thousands of years old.

I passed by Aldbury Nowers Nature Reserve and stuck my head in to see what it was like. It's a huge area of chalk grassland that is home to an abundance of native wildflowers such as milkwort, rockrose, clustered bellflower, and lady’s bedstraw. Amongst the beautiful flowers butterflies flitted, some are quite rare with great names like Duke of Burgundy and Grizzled Skippers.

But I couldn’t stay for long, as I had to complete the whole walk in time to get the last train home, I’d been caught out by bank holiday train times too often to allow myself to get stranded. 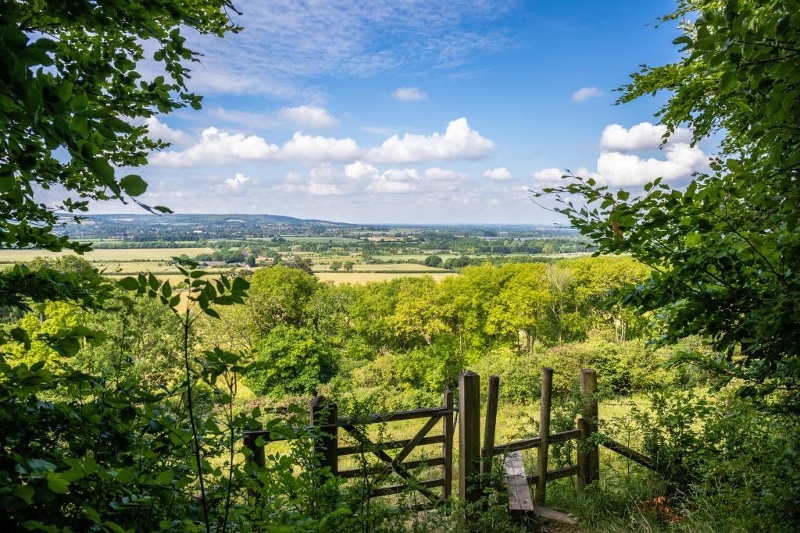 So I carried on, being able to hear sky larks felt like such a privilege after being confined to the city for so long. I kept walking through a little woodland path, it was slightly overgrown and I had to hold back some branches so I could pass through but that just added to the authentic woodland experience!

The trees parted as I approached the top of Pitstone Hill, which belongs to the National Trust this gave an incredible view of the rolling countryside. The sheer beauty of it almost made me wish I had someone with me to share it with. I took a photo and sent it to my sister just to show her what she was missing out on!

I walked on passed Grim’s Ditch, named after a Nordic god, it is an iron age earthwork, and people are not sure whether it was to mark a boundary or just to stop people stealing their animals.

As I got to the bottom of Pitstone Hill I realised I had to go back up again, my knees felt like they were starting to give out at this point, but I soldiered on, determined to finish the walk in a sensible time.

The woodland on this part of the route is part of the Ashridge Estate, which had a big deer park.  I found out that it used to belong to the grandson of King John, villain in the Robin Hood story, and was the site of a monastery, which flourished until Henry VIII dissolved it. He gave the estate to his daughter the future Queen Elizabeth I who lived there before being arrested by her half-sister Mary and taken to the Tower of London.

Later, the estate was bought by the Egerton family. The most famous member of the family was the first Duke of Bridgewater known as the ‘Canal Duke’, who commissioned the building of the Bridgewater Canal, which opened in 1761, and is regarded as the first true canal in Britain. There is a monument to him in the park. 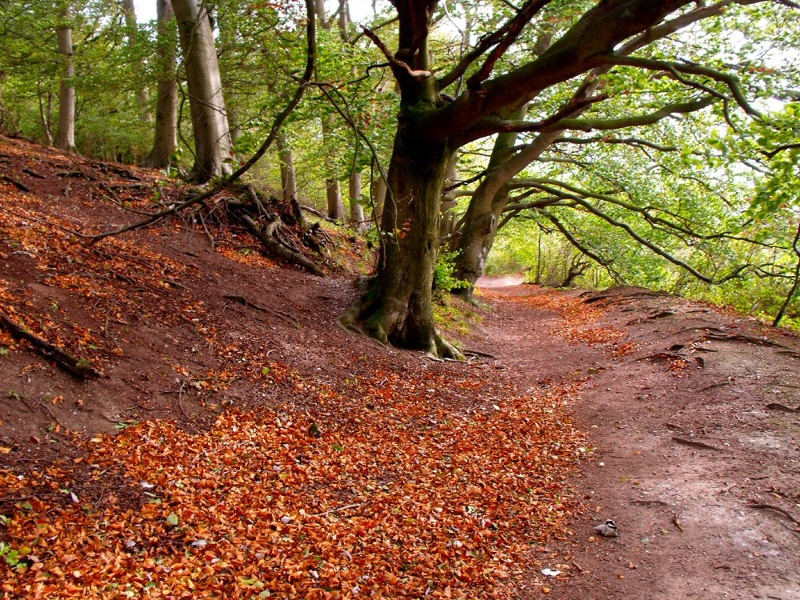 Much of the land is now owned by the National Trust, which I’m grateful for as it means people like me can traipse around it to our hearts content. As I was stumbling through some particularly long grass I let out a gasp as I spied a large herd of fallow deer.

I took a step nearer and tripped over a log concealed in the undergrowth. The noise of my clumsiness startled the deer and they began to run away in all different directions.

I wiped the mud from my jeans and started pacing towards Albury, the picturesque village where my walk came to a close.

The village is so ‘English’ it has been used as a film set countless times. Most notably for Midsomer Murders, Inspector Morse, The Dirty Dozen and Bridget Jones. I was trying to find somewhere to eat some food when I discovered Musette, a trendy cafe that served me the best cappuccino I’ve had in awhile. I made the decision to get an extra large pizza as well, I feel like I’d earned it after all the hills I’d climbed that day!

This very varied walk takes in lovely woods, a hillfort, beautiful views over Aylesbury Vale and the peaceful Wendover Arm of the Grand Union Canal.

The best of the Chilterns in a day. Climb into Wendover woods before heading across the dip slope over quiet ridges and valleys through scattered ...

Climb to the top of Chinnor Hill with fine views over the Vale of Aylesbury before following quiet rural paths and lanes to pretty Radnage.

Based at Church Farm in Aldbury, our cafe finds it home is in former racehorse stables, surrounded ...

Area of the Chilterns Hills with wildlife-rich landscapes to be explored on foot or by bike.