Thuringia's cities combine charm and history! In summer, they are perfect places to sit outside, enjoy open-air culture and art. Nature is never far away: The Thuringian Forest, the Hainich National Park, the Eichsfeld or the Rhön Mountains invite you to walk and bike. A special tip in the region is the 'Green Belt'. Along the border that once separated East from West, places steeped in history and landscapes full of species-rich nature await.
Read on
Outdooractive Editors  Verified partner
Author of this page 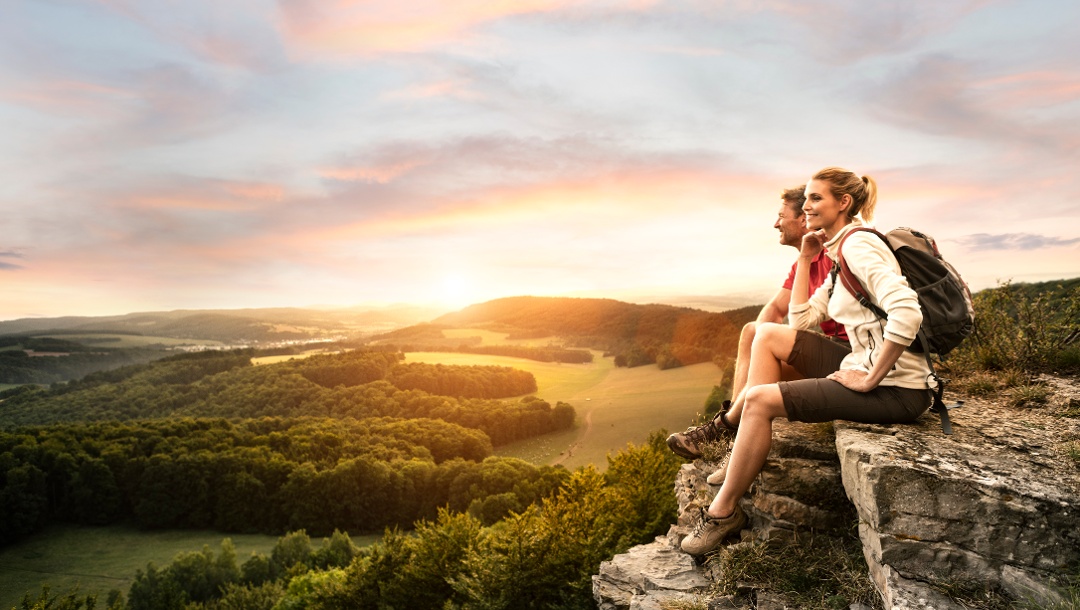 The Green Belt - A natural monument steeped in history in Thuringia. It is the largest biotope network in Germany and crosses the nature park Eichsfeld-Hainich-Werratal in the northwest of Thuringia and the Thuringian Forest and the Thuringian Slate Mountains in the south. Once the border separating Germany's east from its west, today the so-called Green Belt connects idyllic landscapes and species-rich nature reserves with historical places full of memories.

Mödlareuth is a tranquil village located on the border between Thuringia and Bavaria. In 1949, a border fence was erected here as a result of the division of Germany into East and West. The Tannbach, which flows through the middle of the village, becomes an insurmountable border for the inhabitants. Former neighbors become strangers.

In 1966, the border fence gave way to a 700-meter-long and three-and-a-half-meter-high concrete wall. Like Berlin, the small town was divided, earning it the name 'Little Berlin'. Even today, the extent of German division can still be felt here.

However, after the fall of the Berlin Wall, the residents opposed the unified assignment of the village to a federal state. And so, the two parts of the village are still assigned to the respective federal states. Of course, people still live, laugh and celebrate together, without a wall.

Inner-German border at the Tannbach

Beware of the enemy 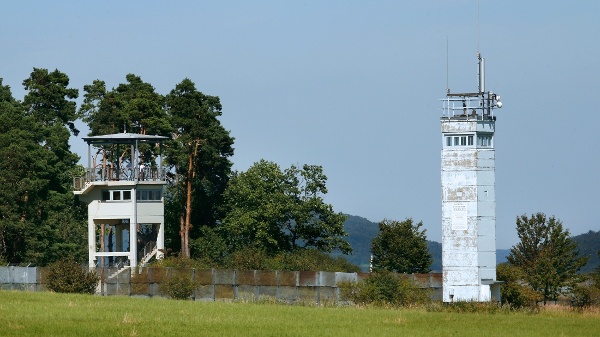 If a third world war had occurred, the Rhön and the Fulda Gap would probably have been the most likely attack points between East and West. Even today, meter-high watchtowers and impressive fortifications bear witness to the tense situation along the border fence.

At no other place along the inner-German border did the East and West soldiers come closer to each other than at the so-called Point Alpha. It was one of the most important observation posts of the US-Americans.

Those who want to trace German history events should go on the 'Path of Hope'. The art project commemorates the resistance against the communist dictatorship and lets its visitors walk on the border of history. 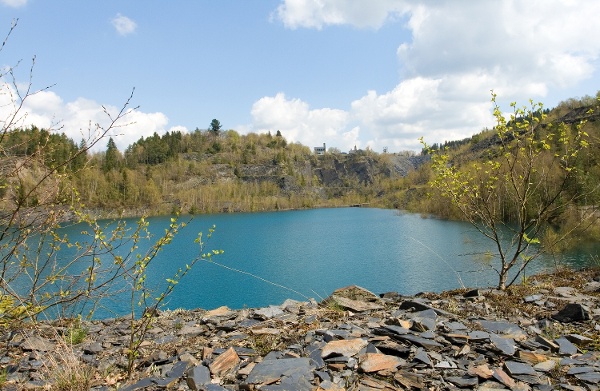 The mountains in the south of the nature park reach almost 800 meters and are very popular with hikers and skiers. The rocky slopes are crisscrossed by numerous ponds, rivers and lakes, making the nature park in southern Thuringia the largest reservoir region in Germany.

Historic boundary stones along the Rennsteig and Saale rivers still bear witness to the territorial fragmentation that lasted into the 19th century. In turn, border towers and wall remains to remind of the overcome German division of the 20th century.

Today, the region is part of the 'Green Belt' biotope network and is home to rare animal and plant species.

The Rodach Valley and the Heldburger Unterland are marked by the memories of the former border situation between East and West Germany. The Green Belt runs over the hills of the Franconian Keuperland through mixed forests rich in species. Besides the hilltops of former volcanoes, the ruins of Straufhain Castle and Heldburg Fortress rise up here.

As a result of the Cold War, the Russian occupation began in 1952 to systematically resettle the inhabitants of the border area and raze the villages to the ground. What remains is 'Schlechsarter Schweiz' with memorial plaques and stones that guide visitors on the disappeared villages' trail.

The Green Belt is a unique natural area full of multifaceted plants and rare animal species and the link between the once separated east and west of Germany.

Whether a short hiking trip over the weekend or a relaxing trip lasting several days - the tangible bond of the region and the diverse nature make a stay in Thuringia an exceptional experience.

When biking, paddling or running, active vacationers can really let off steam. On the other hand, Pleasure vacationers can find peace and quiet in the endless forests and deep lakes. No other place combines history and nature so impressively.