Ultra Run in Southern Snowdonia created during lockdown.
difficult
Distance 56.3 km
Duration11:37 h
Ascent2,967 m
Descent2,965 m
Highest point859 m
Lowest point24 m
Initially during the first lockdown, twelve year old Tom was content with local walks, some climbing and watching videos on YouTube. As the days he passed and it was clear that lockdown was not going to end quickly he decided he needed a project - his own version of The Bob Graham Round that he could do from his front door.

He got out maps and guidebooks, roped his Dad into exploring with him and together they came up with the Corris Round - his very own, Nicky Spinks inspired, Ultra Run from his front door.

Along the way he learned about a famous neighbour - John Disley - who used to live on his street and went on to found The London Marathon, win an Olympic Medal and collapse on the Welsh 3000 challenge due to lack of food. Not a mistake that Tom will repeat thanks to help from his Mum & sister along the way.

This film premiered at the Kendal Mountain Festival in the autumn of 2020 and is kindly supported by Montane. 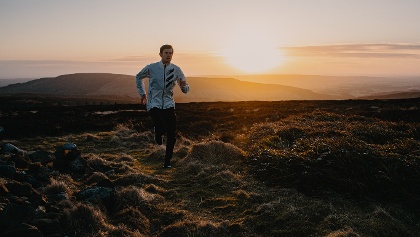