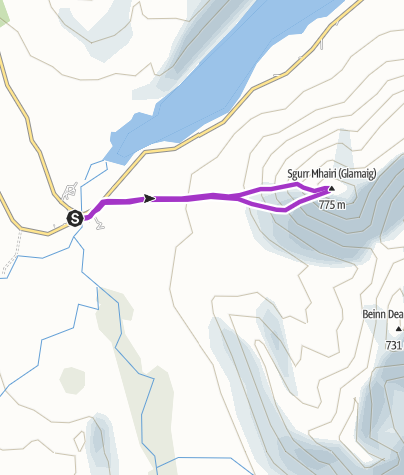 David Shepherd Memorial Glamaig Hill RaceRace HistoryHow could such an extraordinary, short but hazardous race begin?Norman Collie first visited Skye in 1886 when most Alpine mountaineers considered the British mountains hardly worthy of their attention.  From then until his death in the Sligachan Inn in 1942 the island was his virtual and spiritual home.  It is notable that as well as being Collie’s supporter, the Sligachan Inn has been the single sponsor of the David Shepherd Memorial Glamaig Hill Race from its inception to date and so has been our spiritual home too.  Collie had a distinguished career as a chemist and biochemist at University College London, but the mountains were his first and last love.  With John Mackenzie of Sconsor he embarked on an exploration of the Cuillins which revealed the wild inaccuracies of the 1885 one inch Ordnance Survey map.  Following the Pilkington brothers’ first ascent of the Inaccessible Pinnacle in 1880 by its longer east ridge, Collie and Mackenzie climbed the west ridge in 1888.In the summer of 1899 General Bruce brought Gurkha Harkabir Thapa on leave with him from the Himalaya and explored the Alps along with Collie.  They climbed Mont Blanc and Monte Rosa.  Then Collie took them to Skye, where Harkabir hauled them up many climbs on Sgurr Alasdair.  It was during their exploration of Coire Lagan that Collie noticed an enormous shadow on the face of Sron na Ciche.  It was seven years before he was able to return and identify what was projecting the shadow—”It was a climb full of excitement—“suddenly it came into view and we found ourselves on the end of the knife edge. We sat down on that knife edge and slowly made our way on to the great rock tower at its end, up this we climbed, and John and I were mightily pleased with our climb.” It was Mackenzie who named the tower the Cioch and Collie who gave the name Sron na Ciche to the great face looking down on Coire Lagan.The estate owner, McLeod of McLeod, heard of an extraordinary run which Harkabir Thapa had done from the Sligachan to the summit of Glamaig and back in one and a quarter hours.  He refused to believe it and had a heated argument with some local ghillies (who presumably had witnessed the ascent).  Bruce offered to resolve the dispute and simply asked Harkabir to do it again.  He did, and knocked twenty minutes off the previously alleged one and a quarter hours.  It is recorded that he did it in bare feet, which seems implausible.  Surely a sensible Gurkha who had already explored the local hills would have worn sandals?Climbers of the 1930s were familiar with Collie commuting between the Sligachan and other parts of the island in the yellow Sligachan Rolls Royce.  In October 1942 at the age of 83, Collie fell and received a drenching while fishing in Loch Storr.  This led to rapid deterioration of his health and he died a few months later.  He is buried in Struan Free Presbyterian churchyard alongside John Mackenzie (in fact the graves are aligned astern, probably in recognition of their climbing relationship).  It is a delightful spot with views across to the Cuillins.  The place is worth a pilgrimage on a summer evening.Almost simultaneously in 1987 the Campbell Family, owners of the Sligachan Hotel, with the loss of the Hotel visitors’ book & records, and David Shepherd (a member of Carnethy Hill Running Club) had the inspired idea to commemorate Harkabir Thapa’s run with the race as it is now. David was tragically killed in an accident on the family farm near Fochaber, Morayshire, before his idea was put into practice. Then Carnethy Hill Running Club member Robin Morris took the idea with the Campbell family and the race became a reality in 1988 just less than 100 years since Harkabir Thapa’s triumph.  The race is now a fitting and lasting commemoration of David. The Shepherd family have maintained a link with the race through David’s brother Andrew competing almost every year.In 1995 a Gurkha team took part in the race with a young Dillikumar Rai winning first place whilst the Ghurkhas were the fastest team.  The race record is now a staggering 44 mins 27secs set by Findlay Wild in 2012, narrowly beating the previous 15 year old record of 44mins 41secs set by Mark Rigby in 1997 (wearing shoes!), who descended the 2,500 ft from the summit to the hotel in approximately 13 mins (a descent time that was equalled by Brian Marshall in winning the 2005 race). Brian Marshall has dominated the race in recent years and by 2011 had won the race 9 years in a row (2003-2011), coming 2nd in 2012 but still taking the V40 record. Tricia Calder’s 1990 24 year old women’s record of 56mins10secs remains unbeaten.In 2014, a special surprise – the return of Dilli Rai! Now a Captain, currently serving at the Royal Military Academy, Sandhurst. Dilli is returning with no ambitions of winning but simply of reaching the top and raising funds for the Ghurkha Welfare Trust.Come, run and become part of this history.Bibliography: “Norman Collie, A Life in Two Worlds” Christine Mill, Aberdeen University Press.Photographs: Courtesy of Captain Dillikumar Rai.
Difficulty
difficult
Technique
Stamina
Highest point
748 m
Lowest point
11 m 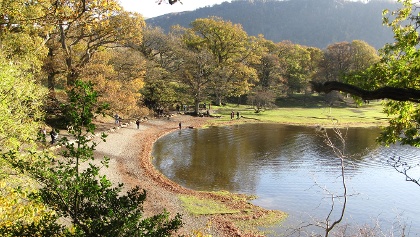