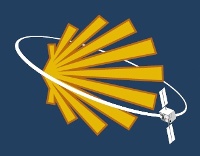 Responsible for this content
Camino de Santiago Verified partner
Comment this
From Rabanal, Walkers starts hard the climb to the mountains of Leon, natural barrier between maragata and El Bierzo regions. This stretch blow ascend 280 meters altitude, up to 1,430, a rise which, however, will not be too demanding for the walker. It llefa to Foncebadón and down to Ponferrada.
32.2 km
8:02 h
551 m
1167 m
Leaving  Ravanal del Camino behind us , we started the climb, not too hard but steady until Foncebadón. It is an almost abandoned village and uncrowded living there but signals perfectly preserved and has some services for pilgrims.

Then there's the hardest climb to the place called Cruz de Ferro , a huge iron cross where it is customary for pilgrims to throw a stone making a wish. It is a very old monument built on an altar dedicated to the Roman god Mercury .

Here , the pilgrim will notice the change from the plateau to the mountains.

An easy way leads to an abandoned military area. Its antennas are a good reference.

It begins the descent is very difficult because it is long and the road is stone.

It passes through the village of El Acebo at the end of the descent.

The next village is Riego de Ambros . From here , if it rained , we must be careful with the mud that makes walking difficult .

Decline continues and you can see the distance Ponferrada .

It passes through the town of Molinaseca .

The arrival in Ponferrada is not difficult and is done on easy.

Trekking boots, 45-55 liter backpack, Other shoes for walking at the end stages, Clothing for hot and cold depending on the time, Sleeping bag (if you're not going to stay in hotels), Hat or cap, Rain gear

It's easy to get there Just following the yellow arrows as well as the given geometry.
Arrival by train, car, foot or bike