Yosemite National Park is shaped by impressingly rough granite rocks, high waterfalls, swift streams and an abundant vegetation. It is situated in the middle of Sierra Nevada, about 300 km east of San Francisco. In winter, the valley is covered under a thick layer of snow and ice. In summer, however, it is a quite popular region for hikers and nature-lovers from all over the world. Internationally known climbers gather in Yosemite, to ascend the legendary faces of El Capitán, Half Dome and North Dome. In is no surprise, therefore, that Yosemite is quite crowded from June to September. Whoever needs a place to stay inside the valley, should definetely book early. Good news for hikers and climbers: as soon as you leave the direct center of the valley and the famous viewpoints, you'll also leave most people behind you. This route leads us to the top of the Upper Yosemite Fall, with its 739 m being among the highest waterfalls in the world. This also means a strenuous climb, but the

Unlock all features with Pro+
With Pro+ you gain access to the route's details, including directions, pictures, the GPS track and other valuable information.
Already unlocked? Sign in
PremiumPremium content Premium routes are provided by professional authors or publishers.
Publisher Outdooractive Premium


We are a team of dedicated athletes, nature lovers and photographers. The outdoors is both our passion and our element and as a Pro+ user, we're inviting you to join us along the way. This channel aims to share our personal recommendations with you alongside everything you need to know about our trips.

Outdooractive's Premium Routes provide you with our highest quality content: accurate tracks, reliable descriptions and captivating imagery. All Premium Routes can be saved offline and their tracks downloaded.

Author Svenja Trachte
“They take pictures of the mountain climbers at the top of the mountain. They don’t take pictures along the way cause who wants to remember the relentless climb, the pain and anguish of taking it to the next level – nobody takes pictures of that, nobody wants to remember. We just want to remember the view from the top, the breathtaking moment at the edge of the world. That’s what keeps us climbing and it’s worth the pain, that’s the crazy part. It’s worth anything.“ – Anonymous 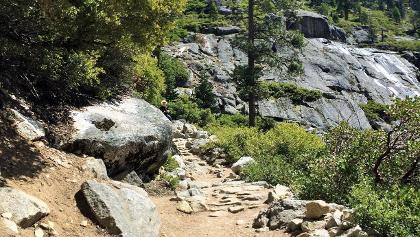 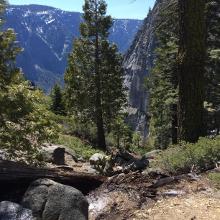 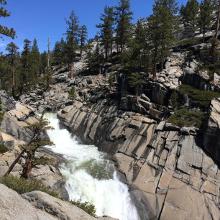 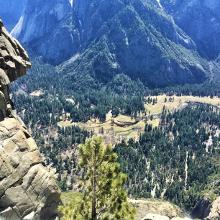