The hiking tour across the lakeland of Klafferkessel on an altitude of 2,300 m with around 30 mountain lakes and tarns is one of the most spectacular, alpine passages in Austria.

This majestic tour of the water trails "Wild Waters" takes you to Klafferkessel - a relic of the Ice Age - into the contryside of the high Alps. It is one of the most beautiful hikes in the Schladminger Tauern mountain range. Around 30 mountain lakes and trans in various sizes scatter across the lakeland at an altitude of 2,300 meters above sea-level. Almgasthaus Riesachfall, Gollinghütte, Preintalerhütte, Waldhornalm, Berallerhütte at Kotalm, Kaltenbachalm and Gfölleralm are the refreshment stops along the route. Between Gollinghütte and Preintalerhütte/Waldhornalm you need to cover 4 to 5.5 hours of walking without the possibility of stopping at a hut or chalet.

Many guests enjoy this tour in 2 days and stay overnight at one of the mountain chalets (Gollinghütte or Preintalerhütte) on the way.

Surefootedness and a head for heights are required around Greifenberg mountain (2,618 m).

Safety on the mountain

Changes in weather patterns, quick falls in temperature, thunderstorms, wind, fog and snow are some of the dangers that can be encountered on a hiking tour. Hosts of alpine huts and mountain refuges have a lot of experience in the mountains and can give good advice about weather and the trails. Poor equipment, overestimation of one's own capabilities, carelessness, poor personal constitution and/or wrong judgement  can lead to critical situations. In case of thunderstorms: avoid summits, ridges and steel ropes.

Available GPS data - just like hiking maps - is only a guidance for orientation and can never depict a trail exactly with all its details. Especially at dangerous spots it is essential to judge on site how to proceed.

In an emergency please call:

Get yourself an overview with our 360° drone images:

Starting from Almgasthaus Riesachfall at Seeleiten car parking you hike through Steinriesental valley to Gollinghütte mountain chalet. Via many steps and rocky outcrops the trail leads to the Greifenbergsattel mountain saddle. A small lake, with the summit of Hochgolling in the backdrop, is a first impressive sight.

The further climb to the Greifenberg Mountain (2,618 m) is via a stepped scree. Towering above all, and framing the Klafferkessel, rise the flanks of the Waldhorn opposite and before them, in the green of the mosses, shine the scenic mountain lakes, large and small, scattered over various levels. Further East the pyramid of Hochwildstelle rises into the sky - below the green slopes of "Himmelreich" (Kingdom of Heaven). From the summit you walk, initially across crumbly land (Trail No. 702 – short stretch of safety ropes) on sharp hairpin bends downhill into the corrie.

Until far into the summer many of the lakes are covered with ice. The mosses and lichens, combined with the lakes and wild rocky scenery, give the impression of a primeval landscape. Through the Klafferkessel Corrie itself the trail is mostly downhill to the striking rocky form of the Greifenstein, where you leave the corrie.

The further path runs steeply down across a barrier terrain to the Lämmerkare Corries and across a steep meadow to the Preintalerhütte and Waldhornalm chalets at 1,656 metres. The descent to the Kotalm Chalet starts rather steeply, after which it is mostly level until the Kaltenbachalm and Gfölleralm Inns on the Riesachsee Lake. The last descent on this long walk leads across the forest road down to the starting point at Almgasthaus Riesachfall at the Seeleiten Car Park.

A well-packed backpack is helpful and especially when touring Alpine terrain a tuque, gloves, a windproof jacket and pants are standard equipment. Good, waterproof shoes, sun glasses, sun cream and sufficient beverages are essential too. Torch light, a map of the area, knie and a small first-aid kit should also be in the backpack. 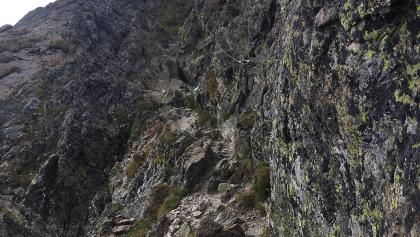 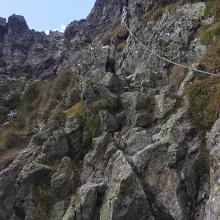 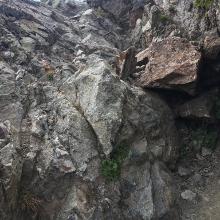 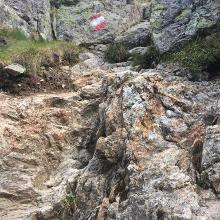