Responsible for this content
petra studholme
Unamed Roamer
on the August 30, 2020 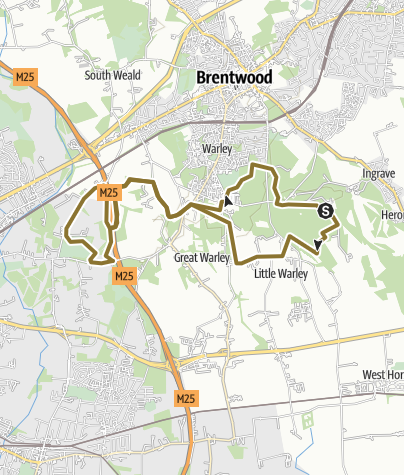 Iain MacLeod
April 11, 2020 · Community
Did this ride today, 30/12/12. Ground was good in most places with the exception of the Donkey Lane/Barrack Wood portion north of the Ford offices - best left to the summer when it's dried out! One point to note on the route west of the M25, do not take the bottom loop next the 'M25' symbol on the map, the portion from the car park (where the M25 symbol is) north to the bridleway is a pedestrian only footpath; take a left coming off Tyler's Common, where the route shows a right, and you'll be OK. I wasn't paying attention in Thorndon Park and went further south than intended, poor Pi was quite tired by the end of it all! Thanks for sharing Petra.
More Show less
Comment