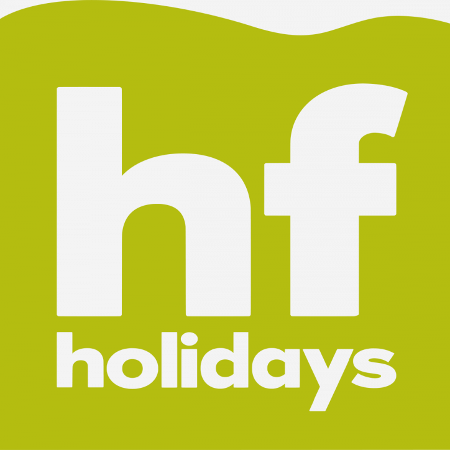 Responsible for this content
HF Holidays
Paul Cronshaw
on the November 22, 2021

After viewing Stock Ghyll Force, over the summit of Wansfell Pike and down to Troutbeck, returning by lower tracks to Ambleside.
Wansfell Pike is on one of Wainwright’s Far Eastern Fells, which he described as a “rocky bluff”. It gives extensive views of Lake Windermere.
moderate
Distance 9.9 km
Duration3:13 h
Ascent492 m
Descent489 m
Highest point465 m
Lowest point56 m

When approaching from town centre, south along A591, car park is on left opposite Log House Restaurant and 100m before Hayes’ garden centre.

Facilities: There are toilets at Low Fold Car Park, Ambleside and opposite Bilbo’s Cafe, after White Lion Hotel, Ambleside

Ambleside - Historically, little is known of Ambleside until the 17th century when the town was granted a market charter by James II. It is known, however, that the Romans established a fort at the head of the lake. In the 1920s this site was excavated to reveal the remains of Galava, built by the Romans originally about 80 AD. Remains of the fort can still be seen at Borran's Field. The old town stood on the hillside but developed significantly after the arrival of the railway to Windermere in 1847.

Stock Ghyll - The river Stock divides and cascades some 90ft (27m) from under a footbridge before forming rapids for the rest of its way into Ambleside. The power of the stream once drove waterwheels for several mills making woollens and bobbins. The bobbins were usually turned from hazel stems cut from nearby coppices. At the height of Stock Ghyll’s popularity there was a turnstile and it cost 3d to enter the park.

Troutbeck - The village is really a succession of hamlets, each grouped round the communal wells which are named after saints: Saints Margaret, James and John.

Townend, Troutbeck (300 metres beyond tearoom) - National Trust property. 17th century yeoman farming house offers a unique insight into a bygone age. It was built in 1626 for a wealthy yeoman farmer and remains as a fine example of Lakeland life. The house contains original carved woodwork, books, furniture and various implements of the past. The collection was put together by the Browne family, who lived at Townend from its beginning until 1944.
Internet: www.nationaltrust.org.uk/townend, tel. 01539 432628

Jesus Church, Troutbeck – The church lies below the village by the river. Parts of it are 15th century. The church was rebuilt in 1562, and again in 1736, when parts of the earlier building were incorporated into the new. The original bell, still in use, dates from 1631, and is inscribed “Jesus be our Speed”. Its east window was designed by the pre-Raphaelite painter Edward Burne-Jones. He was helped by his friends, William Morris and Ford Maddox Brown, who apparently were passing through on a fishing holiday.

Please Note: All self-guided walks and cycle rides are undertaken entirely at guests’ own risk. Route directions are supplied in good faith; however HF Holidays cannot be held responsible for any errors contained within.