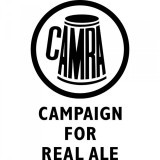 
Portobello was an area of barren heath beside the Firth of Forth until the late eighteenth century. The name comes from a house built in about 1750 by George Hamilton, a sailor involved in the Battle of Puerto Bello in Panama in 1739 in which six British warships attacked and captured the Spanish-run port.

Incidentally this is the same skirmish which led to the renaming
of the famous West London street. A pottery industry developed and some elegant villas sprung up after 1770. In the early nineteenth century Portobello became popular as a seaside holiday town – the first bathing machines were reported in 1795, and a pier was built in 1871 by Thomas Bouch, designer of the ill-fated Tay Railway Bridge. Like a lot of resorts, Portobello is wellworn and has no doubt seen better days, but on a warm day or evening it’s still got that seaside magic and you could do a lot, lot worse than watch the sun set from the garden of the Dalriada, right on the seafront.