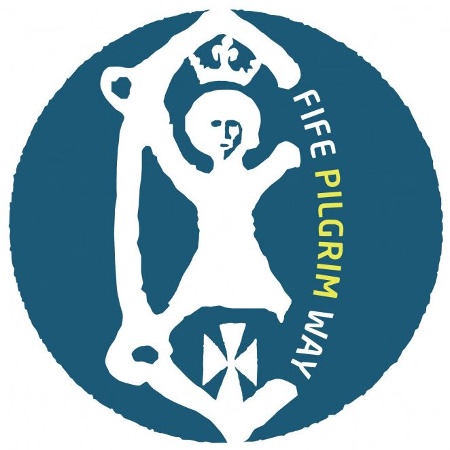 A lovely walk Stop for a coffee on town benches in ...

Heading from the picturesque village of Culross, this section of the Fife Pilgrim Way offers a range of opportunities to enjoy historic pilgrimage sites, nature’s delights and stunning views over the Forth. From Fife Coast and Countryside Trust who develop and manage the trail.
moderate
Distance 14.1 km
Duration3:35 h
Ascent134 m
Descent58 m
Highest point99 m
Lowest point4 m

Culross was one of the starting points for pilgrims journeying across Fife to St Andrews. It was also a pilgrim destination due to its links with two local deities Saints Serf and Mungo (Kentigern).

According to legend, Saint Serf moved to Culross having slain a dragon that was terrorising the residents of Strathearn. Meanwhile, Saint Mungo was born here after his pregnant mother was washed ashore at Culross having narrowly escaped being murdered by her father.

Culross Abbey and St Mungo's Chapel were popular stop off points for both lowly and lordly pilgrims. King James IV was recorded as leaving an offering at the remains of St Serf in Culross in 1511. Both of these sites may still be visited today.

‘There was a poor woman, English by birth and race ... who was afflicted for a long time with a very serious ailment ... she fell headlong to the ground before the holy altar like a lifeless stone ... But soon sadness was turned to joy, the health of her limbs restored to her.' (Excerpt from the Miracula S. Magarite Scotorum regine [Miracles of St Margaret] 1245-63)

For hundreds of years Dunfermline has provided countless pilgrims with an inspiring destination. Its magnificent abbey is the burial place of many of Scotland's kings and queens, including King Robert the Bruce and Queen Margaret, who was late made a saint.

Many miracles are recorded as having taken place close to St Margaret's shrine, and a number of Scottish queens wore her shirt for protection during childbirth. Medieval pilgrims who visited the abbey on her feast day of 16 November were promised a smoother journey to heaven. This made the arduous jouney of pilgrimage worthwhile.

A number of other local sites associated with pilgrimage and Saint Magaret may still be visited today, including the Head Well, Saint Margaret's Stone and St Margaret's Cave, where the Queen is said to have rested and prayed respectively.

In Fife, Saints Andrew and Margaret were the chief draw for pilgrims. However, numerous other saints provided a focus for pilgrims resting on the road to St Andrews - now, The Fife Pilgrim Way - or as a draw for local pilgrims.

St Margaret
Margaret was Queen of Scotland between 1070 and 1093. She was generous and pious, and established ‘the Queens Ferry’ to allow pilgrims safe passage to St Andrews. After her death she was made a saint and pilgrims flocked to Dunfermline to be near her miraculous remains. Her shirt was preserved as a relic and was allegedly worn by a number of Scottish queens during childbirth.

Today the saint's shoulder bone is housed in St Margarets's Roman Catholic Church in Dunfermline. In June each year the relic is processed through the town to the church for Holy Mass.

St Serf
According to legend, Serf was the second son of Eliud, King of Canaan. As a young man, Serf travelled to Rome where he was elected Pope. He travelled across Europed before eventually settling in Scotland and setting up a religious community on an island in Loch Lomond. He later established a church in Strathearn and slayed a dragon with his pastoral staff before finally settling in Culross, where he set up another religious community. Culross Abbey is closely linked to the saint and, for this reason, was visited by King James IV in 1511.

St Mungo
Legend has it that Princess Theneva (Later St Theneva) came ashore at Culross in a coracle (Small, round boat) in 528, having escaped being killed by her father, King Loth of the Gododdin. On arrival at Culross, the heavily pregnant princess gave birth to a boy. St Serf took in both mother and son and oversaw the boy's upbringing. The boy went on to become Saint Mungo, also known as Kentigern, founder and patron saint of Glasgow. The remains of St Mungo's Chapel, built in 1503, may still be visited.

The Fife Pilgrim Way - Discover Scotland's Pilgrim Kingdom.
From the 11th - 16th centuries, Fife attracted pilgrims from across Europe to the shrines of St. Andrew and St. Margeret. They followed their faith, in search of miracles, cures, forgiveness and adventure. A network of ferries, bridges, wells, chapels and accommodation was built to facilitate the safe passage of pilgrims.

Get away from it all and enjoy the fresh air and exercise by becoming a modern day pilgrim. Undertake an inspiring journey by walking the ancient pathways, visit the medieval sites along the route and uncover Fife's forgotten pilgrim stories. As in medieval times, you will find a choice of shelter and hospitality, whilst enjoying the kindness of strangers you meet along the way.

About the Fife pilgrim way
Following in the footsteps of medieval pilgrims, this new long distance route links up the Firth or Forth with the Firth of Tay through beautiful inland Fife.

Starting at Culross and North Queensferry, the 70 mile path passes through spectacular landscapes, with views of the Coast, Forth and Tay Estauries and the Lomond Hills. It connects medieval landmarks, industrial heritage and picturesque historic villages on its way to St. Andrews.

A varied route for residents and vistors, walk the fully signposted path or explore the sections that suit you.