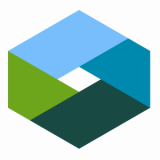 This is circular walk includes Harlech Castle and town, the dunes and the seaside. There are spectacular views across to Criccieth and along the Llyn Penninsula.

Once the county town of Meirionnydd, Harlech is dominated by the Castle, perhaps the most spectacularly situated of all the castles of King Edward I. Completed in 1289, it was built in such a way that it need be defended by only a constable "together with 30 fencible men of whom 10 shall be crossbowmen". Besides the huge gatehouse, the Castle's other main feature is the defended "way from the sea" walled stairway which plunges 200 ft (60m) down to the base of the Castle rock, where a lower gate gave access to shipping.

The Castle was taken in 1404, after a long siege by Owain Glyndŵr and he himself lived there until 1408, when it was retaken by the English. It was again used as a stronghold during the Wars of the Roses and it is said that it was the fierce resistance by the Lancastrians which inspired the famous song "men of Harlech". It fell into disrepair until it was again besieged in the Civil wars. It surrendered in 1647, the last Royalist stronghold in Britain. Further historical and archaeological details are available at the Castle entrance.

Harlech is the scene of one of the legends of the Mabinogion, namely "Branwen, Daughter of Llŷr". These Celtic tales of magical events were passed down by storytellers through the ages until they were finally recorded on manuscripts by monks in the 13th Century. This legend tells of the rescue of Branwen from slavery in Ireland by her brother, the giant Bendigeidfran. This walk is named after her.

Dogs must be kept under close control.  Please ensure you clear up after your dog.

Start/Finish point – This route starts and finishes at Harlech Castle. It will take about 2 hours but could be extended into an all day walk if you want to visit the Castle and spend some time on the beach as well. One section of this route can be hard to read due to the way it has been digitised. Following the route will lead you in the right direction.

Accessibility: Sections of this walk are steep around Harlech Castle.

Safety advice: Please ensure you are prepared for all weather conditions and wear suitable clothing and stout footwear for your walk. Follow advice and local signs.

This route is supplied by Natural Resources Wales in partnership with Snowdonia National Park and is subject to the Viewranger Copyright and Terms and Conditions.

You can see this route on the Visit Wales website

Find out more about the Wales Coast Path

Please check our webpage for any change or updates to these routes.