Responsible for this content
BBC Countryfile Magazine
shahzad jamil
on the September 28, 2021 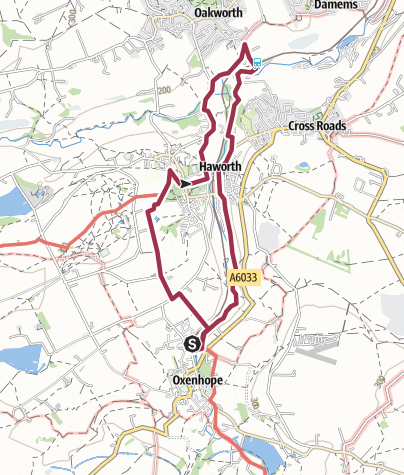 When Edith Nesbit published ‘The Railway Children’ in 1906, her readers would recognise the country railway she described. But when director Lionel Jeffries looked for locations for the famous 1970s film, many such lines had been axed; fortunately, volunteers had preserved the ideal line for the film – the Keighley and Worth Valley Railway (K&WVR). The line had closed in 1962; in 1967 it reopened as a heritage railway.

Relive the story of Roberta, Peter and Phyllis, their mother and the friends they made around the railway, by taking a train (many steam-hauled) from the old-style K&WVR platform at Keighley station (check the timetable; outside the peak season the railway doesn’t operate every day).

Enjoy the five-mile journey along the valley, from the industry of Keighley, through Ingrow, the tiny Damems, Oakworth, with its gas-lit station, and the Bronte village of Haworth, to the end of the line at Oxenhope. When the children arrived at their new local station they ‘watched the tail lights of the guard’s van disappear into the darkness. This was the first train the children saw on that railway which was in time to become so very dear to them.’

Leave the car park at Oxenhope station and turn left, and left again to join a riverside path. Go over a metal bridge and a stile, cross the line and climb past Bents House, which was the children’s home, Three Chimneys, in the film. Bend left then right behind the house.

At the top of the track turn left, then right up Old Oxenhope Lane. At the top bear right, through the farmyard, and head north, towards Haworth. By Sowdens Farm the path goes right, down a winding walled track, to Haworth churchyard.

Bear right into Haworth’s main street; go downhill and turn left opposite the Fleece Inn. Descend into Butt Lane. After the old school, go left on a rough road, bend right and then bear left across fields to reach Mytholmes Lane. Go downhill and over the bridge. Before the mill chimney, take a signed path right, up steps. At a gate on to Station Road in Oakworth, turn downhill. At this station much of ‘The Railway Children’ was filmed. In the cottage beside the level crossing lived the Porter, Mr Perks (‘a friendly sort with no nonsense without him’).

Follow the road as it bends under Vale Mill, then sharp left. Turn right at the next corner and follow the path to Ebor Lane, mostly beside the beck. It was from near here that the children saw the landslip that blocked the line; ‘rock and trees and grass and bushes, with a rustling sound, slipped right away from the face of the cutting and fell on the line with a blundering crash’. With their red petticoats they halted the 11.29 train before it hit the obstruction.

At the road, turn left (use the footbridge). Turn right at the junction and go downhill, past Haworth station and turning left after the fire station. Take a signed path right, up steps, signed ‘Oxenhope’, and follow the ‘Millenium Way’ path. Go between a house and its garden, then bear right downhill to the beck side. Immediately after the waterworks, turn right through a gate to return to the metal bridge near the start of the walk, and back to Oxenhope station.