Risserkogel (from Wildbad Kreuth to Rottach-Egern) 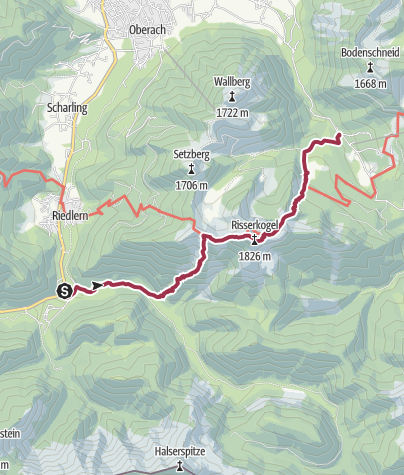 - Easy to commute from and to Munich

The way up goes through mixed forrest. Mostly T2 up to the ridge.

Some exposed sections on the ridge (T3), but nothing scary or technical. Great views as well!

On the way down, the first 15 min are very steep and rocky and somewhat technical (T4). Not recommended if it rains. Then the path gets easy again, but might be muddy and slippery if it has rained recently. I can only recommend this route down if it has been mostly dry in the last 2-3 days, otherwise consider going the same way back.

Very little section on industrial paths, so one feels indeed in the nature.

How to commute from and to Munich:

Since a bus has to be caught at the end, one does not have much time to slack off and has to enjoy the nature faster. :) Taking the 8:04 train from Munich made it fine to get the last bus back at 17:02 for us, but YMMV, and also the bus schedules depend on the season.