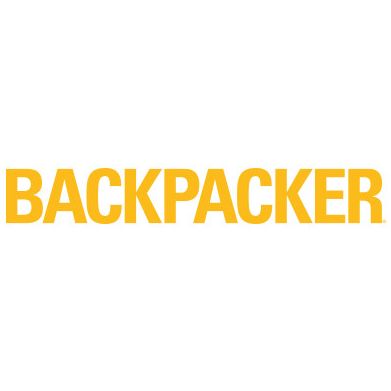 Responsible for this content
BACKPACKER Magazine
Adriana McManus
on the May 06, 2020

Spend a week (or more) trekking 72 miles from the Giant Forest to Mount Whitney on the High Sierra Trail.
moderate
Distance 88.1 km
Duration30:22 h
Ascent5,007 m
Descent2,664 m
So you crave iconic Sierra Nevada scenery? Judging from the crowds on the Pacific Crest and John Muir Trails, you're not alone. But you very well could be in Sequoia National Park's often-empty backcountry on the rugged 71-mile High Sierra Trail (not to be confused with the equally desolate 195-mile Sierra High Route from Kings Canyon to Twin Lakes).

Starting at 6,700 ft. on the southern fringe of the Giant Forest, you'll hike through heaven-kissing groves of giant sequoias. A week of climbing through scoured domes and fins reminiscent Yosemite's Cathedral Range later, you'll stand atop the hike's 14,495-foot exclamation point: Mt. Whitney.

The Route Head out from Crescent Meadow (near the park's Lodgepole Visitor Center) through dense stands of sequoia and sugar pine, whose football-size cones litter the path. Savor this stretch, since it's the only one on the HST where these massive conifers flourish. Later, you'll reach Eagle View, a lookout over a 1,000-foot gorge cradling the Middle Fork Kaweah River. After traversing seven major creeks coursing down the granite ledges of Alta Bluffs, make camp among the pines at Bearpaw Meadow.

Over the next few days, you'll whack through chest-high bracken ferns, grind up the Precipice Bench to the snow-ringed rock gardens of Kaweah Gap (10,700 feet), cross the Great Western Divide, climb the Chagoopa Plateau, and drop into the deep, U-shaped trough of Kern Canyon. Around day 5, you'll join the JMT for the ascent to Guitar Lake and campsites below Whitney. Get a predawn start for the summit march. You'll rejoin the masses atop Whitney, but the vantage from the rooftop of the Southern Sierra deserves an awestruck assembly.

Season Late summer, from the last week in July to early September, is idyllic. Afternoon thunderstorms aren't as likely, and temperatures stay between 40 and 70-degree F. Want to see flaming red Indian paintbrush or bright pink shooting star wildflowers? Go in early July, when blooms carpet the entire meadow in the Big Arroyo.

Logistics Slot a week for the one-way trip, or two for a 142-mile yo-yo. The closest airport with car rentals is in Fresno. Wilder House Shuttle (wilderhouse.com) will you up at Whitney Portal and drive you anywhere for @1 per mile. Book at least a month in advance.

Gear Bearproof canisters are a must. Get the bomber BearVault (it won our 2004 Editors' Choice award), or rent others at the Lodgepole or Foothills Visitors Centers. For creek crossings, pack water shoes and trekking poles. No matter what, don't forget bug dope: Skeeters can be heinous in the dank confines of Kern Canyon.

Permits Reserve $15 permits through the park's wilderness office (nps.gov/seki/planyourvisit/wilderness.htm) no later than 2 weeks before your trip.

Trailhead: TO TRAILHEAD: Go E on Highway 198 to park entrance. Head to Lodgepole Visitor Center for backcountry permit, then backtrack to Crescent Meadows to begin.