A black axe on a yellow background marks the tour through parts of the Ganerben forest district, which gives the trail its name, and was awarded the title of Premium Circular Hiking Trail by the German Hiking Institute in August 2019.
moderate
Distance 10.6 km
Duration3:00 h
Ascent207 m
Descent207 m
Much of the past has been preserved along the Ganerben Trail, including old boundary stones, legendary rock formations and, at 36 m, the highest of the many towers erected in honour of Bismarck in Rhineland-Palatinate, with the German Wine Route, the Rhine Valley and the green expanse of the Palatinate Forest at your feet from its viewing platform.

The Lindemannsruhe hiking car park is the starting, middle and end point of the Ganerben Trail. It leads along natural forest paths, i.e. narrow paths, first roughly northwards past the Kanapée, the Suppenschüssel and the Krumholzerstuhl to the Palatine Forest Club hut by the mystical Ungeheuersee and then along a section of the same route as the long-distance Palatinate Wine Trail ("Pfälzer Weinsteig"), back to the vicinity of Lindemannsruhe, and from there in a second bend to the south of Lindemannsruhe to the Heidenfels, the Gayersbrunnen and Bismarck Tower.

According to old German inheritance law, a "Ganerbschaft" was a joint family estate, mainly land, over which the heirs only had rights in common. "Gan" meant "common" in Old High German. The Ganerben forest district combines the forest holdings of various communities for the purpose of joint management and marketing.

At a total of 15 points along the trail, we provide you with information on the natural monuments and interesting facts about the Palatinate Forest in the form of video and audio sequences. The links to the information are marked as "station" and incorporated in the trail description.

The Ganerben Trail itself and its audiovisual content were created as part of a project by LAG Rhein-Haardt and were promoted in the development programme EULLE with the involvement of the European Union and the federal state of Rhineland-Palatinate, represented by the Rhineland-Palatinate Ministry of Economy, Transport, Agriculture and Viticulture.

Beginning of May until end of October: Wed, Sat, Sun and public holidays from 10 a.m. to 6 p.m.

From April to the end of October on weekends and public holidays with bus line 489 from Bad Dürkheim train station via Wurstmarktplatz, Annaberg, Weilach to Lindemannsruhe and back.

From Bad Dürkheim: At the Wurstmarkt roundabout take the exit towards Leistadt. At the roundabout at the entrance to Leistadt, take the 3rd exit towards Höningen on the L518 to the Lindemannsruhe car park.

From the German Wine Route (B 271): In the centre of Kallstadt at the church towards Leistadt. At the roundabout at the entrance to Leistadt, take the 2nd exit towards Höningen on the L518 to the Lindemannsruhe car park.

Travel Guide: Hikes in the Palatinate 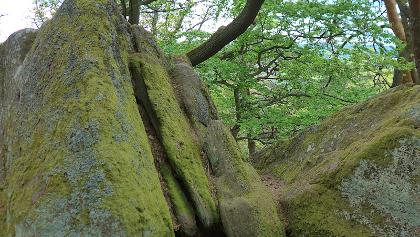 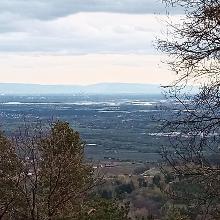 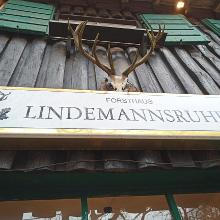 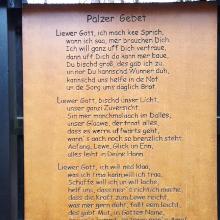