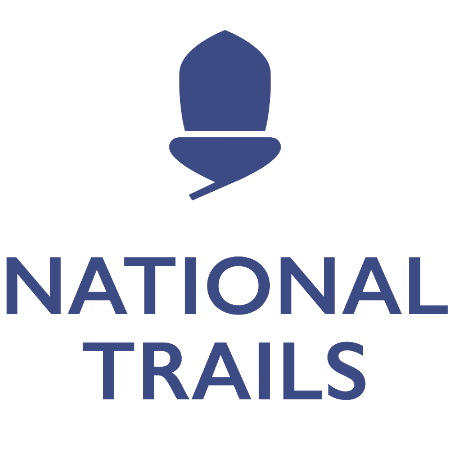 A two day walk, or two separate day walks, along the northern escarpment of the North York Moors to the coast at Saltburn-by-the-Sea.

Train travel Both Both Kildale and Saltburn can be reached by train. There are regular buses between Middlesbrough and Guisborough

A bed for the night There are two pubs and a B&B offering accommodation in Guisborough as well as the impressive Gisborough Hall. Nearest camping is available near Slapewath at the Margrove Park Caravan and Camping site. Details of accommodation providers can be found on the Cleveland Way website at www.nationaltrail.co.uk/clevelandway

Roseberry Topping The Yorkshire Matterhorn is the closest there is to a mountain on the Cleveland Way. Legend states that baby Prince Oswy was taken there by his mother to escape an omen of drowning on a certain day, only to die face down in a hillside spring.

Captain Cooks Monument Standing high on Easby Hill is a 51ft high obelisk erected in 1827 in memory of one of the world’s greatest cicumnavigators, Captain James Cook RN. Cook was born in Marton near Middlesbrough and moved to Great Ayton when he was eight. His early years were spent at Aireyholme Farm on the slopes of Roseberry Topping.

Great Ayton Moor This archaeologically rich area was home to our Bronze Age ancestors 4000 years ago. The retreat to lower ground happened from 500BC when the climate worsened and the thin upland soils could no longer sustain farming activity.

Guisborough The wide cobbled main street of Guisborough is a hive of activity on its three market days... Tuesday, Thursday and Saturday. Nearby Gisborough Priory (English Heritage) was founded in 1119 following the Norman Conquest. When money was required to rebuild the church, in 1309 and 1311, the Priory sold indulgences... payments made to save the soul and thereby spend less time in Purgatory.

Rock Hole Quarry It can be claimed that the world’s first chemical industry was started right here at Rock Hole Quarry back in 1604. Here there was the first successful production of Alum, which was mainly used to fix dye. Alum production spread across the North East, especially on the coast where it dominated the industrial landscape for the next 250 years.

Highcliff Nab The Nab offers extensive views across Guisborough and the north. This was an ideal site for a camp during the stone age and archaeological digs here have revealed flints used for scraping meat and for piercing objects.

Saltburn Victorian Saltburn developed from one man's dream. Whilst walking along the coast, Henry Pease had a vision of tall splendid buildings rising from the clifftop. He immediately established the Saltburn Improvement Company and advertised for designs for the town. Plots were allocated for villas for wealthy visitors, hotels for the middle classes and areas for cheap boarding houses for workers. There were doctors, reading rooms, a convalescent home, water, drains, gas and roads but no premises selling alcohol; Pease was a socially conscious man. One of the most impressive buildings is the former Zetland Hotel, now apartments, which even had its own private railway platform.

Skelton Beck The valley is one of several which drain the north eastern edges of the North York Moors and the Eston Hills. Cut rapidly through the newly deposited glacial boulder clay at the end of the Great Ice Age some 10,000 year ago, the steep sided valleys have escaped the farming and building developments that have crowded the more accessible slopes.

Skelton Viaduct The huge railway viaduct under which the Cleveland Way passes carried the line from Whitby to Saltburn and on to Middlesbrough. Opened originally to transport ironstone from nearby mines the line was later used to provide passenger services. 783 feet long and 150 feet high with eleven arches this dramatic brick built structure has been in place for well over 100 years.

Refreshments: The Kings Head Hotel lies north of Roseberry Topping if you want to head there for refreshments. Guisborough itself has plenty of cafes, pubs and shops to restock. There is a pub (the Fox and Hounds) at Slapewath, then cafes, shops and pubs at both Skelton and Saltburn.

Terrain: Moorland and forest walking through to Guisborough, including an ascent of Roseberry Topping. Beyond Guisborough is a less strenuous mix of forest, fields and woodland walking.

From Kildale Station head out of the car park and along the road into Kildale. Turn left at  Glebe Cottage  and you are on the Cleveland Way, which is clearly signed. Remember the route at Roseberry Topping is a spur – you head out to the top and return by the same path before heading east towards Guisborough Woods Moors and Coast 16.6 miles (26.7km)

Leave the Cleveland Way at Highcliff Nab to drop down to Guisborough. On reaching the prominent Nab, head around its base before dropping off on the steep path. This becomes a clear path signed as Tees Link down into Guisborough. On reaching the housing turn right on Ilkley Grove, left on Arden Close and then right (on Aldenham Road though it is not signed at this point).

Turn left on Enfield Chase, near the Sainsburys Local, then later right to follow the surfaced path signed for Guisborough Town Centre. Cross the main road at Sainsburys and follow the path alongside the brook leading into the centre. To rejoin the Cleveland Way on Day 2 head east up the main street to the Market Cross with Nat West Bank opposite. Turn right here down the road and straight across at the traffic lights heading along Belmangate. This eventually becomes a track and path. Keep heading straight up, avoiding any side tracks. At the top you reach the Cleveland Way again and follow this through to Saltburn.

As the Cleveland Way takes you into Saltburn join Albion Terrace and then Station Street to reach the station.

Both Both Kildale and Saltburn can be reached by train. There are regular buses between Middlesbrough and Guisborough.

Good outdoor equipment, Ordnance Survey Outdoor Leisure Map number 26 and a Power Bank as back up for your smartphone.