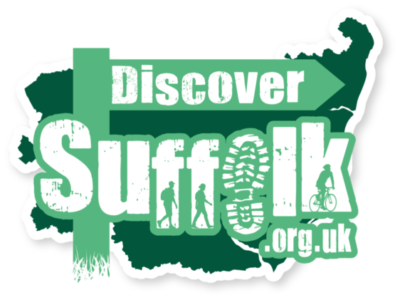 Ixworth is steeped in history. Whilst little is known about the area in the Neolithic period, apart from scattered finds of flint hand tools, prior to Roman occupation it was occupied by Celtic tribes including the Iceni. With the Romans came settlement, roads and a Roman Fort which stood on the outskirts of modern Ixworth, probably built to suppress the Iceni tribe and their infamous Queen Boudicca.

After the Romans came the Angles and Saxons who settled in scattered hamlets. By the time of Edward the Confessor (1042-1066), there were two main Manors in the village and by the Domesday Book (1085-6) the population was recorded as being little more than 50 people.

With the Normans came great upheaval and many of the fine timber framed buildings, which can be seen today, were constructed after this time.

Today, Ixworth is a thriving community with a vibrancy that reflects its rich cultural legacy, with a lovely cafe, 2 pubs, a diverse range of shops and an excellent children's play area by the village hall.

There are two alternative walks in the Ixworth series: The Riverside Trail and the longer Ixworth Circular Walk.

Terrain: Generally level walk on footpaths, bridleways and quiet lanes with no steep hills or stiles. All walks do include crossing the A143 which needs great care. In wet weather paths will be muddy so may be less suitable for pushchair and wheelchair users.

Public toilets (including accessible) are available beside the village hall.

From the Village Hall car park turn left down the High Street to the village sign.

Turn left along Stow Road and before the roundabout, cross to follow the path down some steps between trees. This takes you under the A143 flyover to the riverside.

Through the kissing gate follow the path beside the roadside fence until the river bend after which you continue beside the river. Turn left at the next fence to leave the riverside via another gate. Carefully cross the road to the field opposite where you turn right and walk along the edge of a field to safely re-cross the road at the old pumping station. Follow Baileypool Lane, over Baileypool Bridge to the junction with Mill Road. Join Mill Road and in a short distance you will reach Pakenham Watermill.

Past the watermill enjoy beautiful views over the 17 hectares of the Mickle Mere, a low lying seasonal wetland owned by the Suffolk Wildlife Trust. On your right is the entrance to a bird hide.

Continue to the A143 and take great care crossing the road. Walk to the left and then right to enter the southern end of High Street.

Cross the River Blackbourne. Continue along High Street to return to the Village Hall.

Sturdy footwear is recommended and in wet weather, welly or waterproof walking boots might be required.