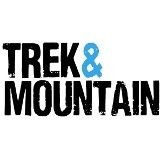 Responsible for this content
TrekAndMountain Magazine
Andy Porteous
on the May 06, 2020 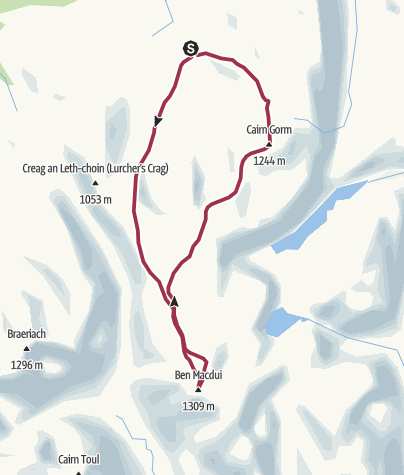 A hike up Ben Macdui. Its location at the heart of the Cairngorm plateau gives it an unmatched sense of isolation. It's the most Artic spot in Britain.


Where to stay:
There's plenty of choice in nearby Aviemore and SYHA Cairngorm lodge is closer still.


Ben Macdui may not be higher, or even necessarily finer, than Ben Nevis but its location at the heart of the Cairngorm plateau gives it an unmatched sense of isolation. It's the most Artic spot in Britain. The air of remoteness is somewhat illusory with ski facilities and a deeply contreversial funicular railway in the northern corries of Cairngorm. These do mean that the ascent of Ben Macdui can begin over 600 metres up; whether the clatter and clutter of the ski buisness is a price worth paying is perhaps a moot point.


A long steady ascent leads around Coire an Lochain (a winter climbers' playground); there's a spicier alternative route by the Fiacaill Butteress, an easy scramble in summer but more serious under snow or ice.


The path curves gently around the slopes of Cairn Lochan, high above the cutting of the Lairig Ghru (often rated the finest mountain pass in Britain) and into the stark openess of the plateau. On a good day the way to Ben Macdui is easy, but when paths disappear under snow it can be utterly disorientating. The top is rounded and bare, with an exhilarating wildness all around.


The return route is similar as far as Lochan Buidhe. Contour right, above the great bowl of Loch Avon, then rise over Stob Coire an t-Sneachda to Cairngorm and back to the flagrant infrastructure of the ski centre.


Welcome or unwelcome, it marks the closing phase of a memorable day. No prizes forcoming second? Think again.

A useful landmark if visibilty is less than perfect, the March Burn falls into the tremendous pass of the Lairig Ghru.

Britain's second highest top. High and remote in atmosphere, Ben Macdui is anything but second-rate.

Thus far the outward and return routes are close but here they begin to diverge.