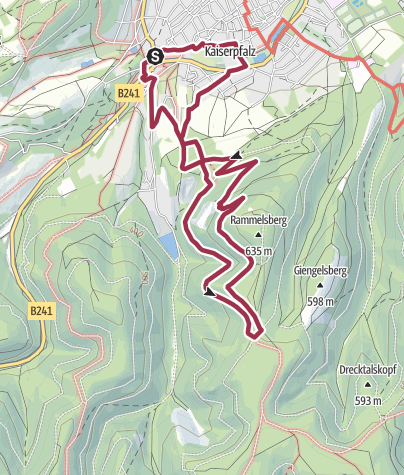 moderate
Distance 10.2 km
Duration3:30 h
Ascent334 m
Descent334 m
Highest point602 m
Lowest point270 m
Short but varied hike along the paths of the emperors and mining. From the southern part of the town of Goslar, you ll head out into the forests of the Rammelsberg.

Goslar, perhaps the most attractive town in the Harz region, can look back on a glorious history of over 1000 years. Emperors and kings came and went in the "Nordic Rome" and made Goslar the most popular seat of government in northern Germany. Visitors are enthralled by the narrow cobbled streets of the old town, the five large parish churches and the magnificent view from the high Kaiserpfalz. The medieval old town was added to the UNESCO cultural heritage list in 1992, together with the over 600 m high Rammelsberg and its ore mine, which was closed in 1988. 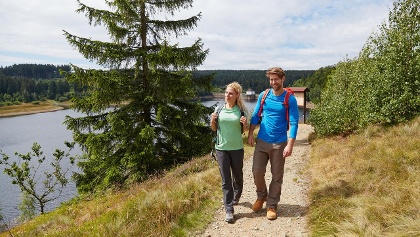 The Most Beautiful hikes in Harz
Germany › Lower Saxony › Landkreis Goslar › Goslar
Unlock all features with Pro+
With Pro+ you gain access to the route's details, including directions, pictures, the GPS track and other valuable information.
Already unlocked? Sign in
PremiumPremium content Premium routes are provided by professional authors or publishers.
Publisher ADAC Wanderführer
The routes from this source come from years of cooperation between Outdooractive AG and the ADAC publishing house in Munich. More than 80 hiking tour books were produced throughout Germany and at popular holiday destinations in Italy, Spain and Portugal. A special feature are the ADAC children's hiking guides, which are tailored to the needs of young explorers and their parents.