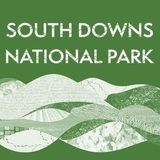 Responsible for this content
South Downs National Park
Steve Kyte
on the January 10, 2021

SECRETS OF THE HIGH WOODS

Beneath the ancient woods of the South Downs National Park lies a secret landscape littered with traces of the people who have lived, visited and worked here. This route allows you to find some of these secrets.
moderate
Distance 3.1 km
Duration0:48 h
Ascent45 m
Descent25 m

SECRETS OF THE HIGH WOODS

Beneath the ancient woods of the South Downs National Park lies a secret landscape littered with traces of the people who have lived, visited and worked here. The woods have protected this hidden landscape with features unseen and unknown for many years, even by the frequent visitor.

Using a laser light surveying method called LiDAR, the Secrets of the High Woods (SHW) project has revealed the features and landscape beneath the trees. Capturing 305km2 of laser scanned data, the result was a detailed terrain model showing the landscape hidden by the woods.

Through the hard work and dedication of volunteers and partners we have begun the process of researching the revealed features and can now begin to tell some of their stories.

This Hidden Landscape Trail will help you explore the secrets we discovered in Stansted Forest. The woods do not give up their secrets easily and some features take a keen eye, imagination and careful navigation to locate. Use the map and description to find the different features. This route is available on View Ranger and you may find a GPS device helpful as full grid references are provided.

For more information on the project visit: southdowns.gov.uk/secrets-of-the-high-woods

The South Downs National Park is rich in landscape, culture and wildlife. Discover ancient woodlands and enjoy spectacular views as you explore the open downs and heathlands. Within these landscapes lie bustling market towns and peaceful rural villages, historic houses and the remains of ancient settlements.

Leave gates and property as you find them

Keep to the path unless on open access land

Plan ahead and be prepared

Stansted Park stands in 1,800 acres of parkland and ancient forest within the South Downs National Park.

In the medieval period the Earls of Arundel had a hunting lodge on the site, surrounded by a vast forested area used for hunting and timber production. Changes in ownership over the years resulted in a new house being built in the 17th century when the formal gardens were laid out. In 1804 the estate was sold and it is said the new owner replanted the whole site, including the forest. 1900 saw the destruction, by fire, of the Elizabethan house and all its historical records. The new house was built in 1901 on the same footprint and since 1983 the House and Estate have been owned by Stansted Park Foundation, an independent charitable trust set up by the 10th Earl of Bessborough.

Visitors can tour the house or walk the walled gardens enjoying the various attractions the park has to offer including the maze, miniature railway, arboretum and pottery studio. Pick up local produce at the Farm Shop, visit the Garden Centre or stop for refreshments at the Pavilion Tearoom. Visit stanstedpark.co.uk

Bisected by large open vistas which are major features of the Grade 2 Historic Park and managed under the Higher Level Stewardship Scheme, the sweet chestnuts of Stansted Forest have been traditionally managed for hundreds of years. Even today Stansted Park Estate cuts 8–10 acres of coppice annually to sustain the ancient coppice system. Visit stanstedpark.co.uk for more details.

In more recent history the woods of Stansted have played host to the preparation for the liberation of Europe during World War Two. Research by local historian and SHW volunteer Brian Tomkinson showed that in 1941/42 Stansted was used as a location for the Canadian Battle School. Later in 1944, on the run up to D-Day, the area also formed part of Marshalling Area ‘A’.

At the outbreak of World War Two the Canadian army expanded rapidly and arrived in England. The Canadian Battle School at Stansted carried out battle drill training aimed at preparing soldiers for the rigors of the battles to come. The School was temporary in nature and most accommodation was tented, there is however still evidence of the training site including trenches, part of the assault course and evidence of the camp area.

Combined Operations Marshalling Camp A1 was one of the camps in an area known as Marshalling Area ‘A’. The camp was just one of a group of temporary camps around Portsmouth and Gosport, where allied troops waited on the run up to D-Day. Hidden from the view of enemy aircraft, this particular camp lay in the south-west corner of Stansted Forest, and could hold 2,000 men and 200 vehicles. Troops were based at many of these camps for weeks or even several months before D-Day. All that remains of the camp today are the broken foundation and drainage pipes.

Look but don’t touch. Many of the features on these routes are of historical importance and should not be disturbed. Research of these delicate sites is only allowed by a professional body as any unplanned and un-documented disturbance could compromise future research.

Access to walk these routes is given by the kind permission and discretion of the Stansted Estate.

Metal detecting is not permitted.

For a safe and fun visit with your dog please remember to keep them on a lead around livestock and wildlife. Always bag and bin your dog poo – any public bin will do!

By Bus: Emsworth and District Bus services on route 27 run between Southbourne, Emsworth, Havant and Rowlands Castle. Visit traveline.info or call 08457 484960 for details.

Walk/Cycle: Rowlands Castle is on the junction of a number of signed routes and National Cycle Route (NCN) 22.

Details correct at time of publication. Please be aware that routes are shared with other users (vehicles, pedestrians, dogs, horses etc.) and users follow this route at their own risk. SDNPA do not accept any responsibility for loss, damage or injury, however caused, arising directly or indirectly from use of this route.

With thanks to: Brian Tomkinson, Mark Seaman, the Stansted Estate and The Heritage Lottery Fund