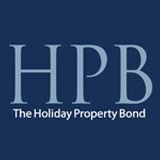 Responsible for this content
Holiday Property Bond Walks
David Morgan
on the August 06, 2021

Leaving Henllys driveway turn left and then right at the T-junction.

The disused factory on the left converted and maintained Catalina flying Boats during the Second World War, and later was used by Lairds of Anglesey, manufacturers of refuse vehicles.

Turn right at the T-junction heading along the road to Beaumaris, with the Menai Straits and Snowdonia to the left. This is part of the Anglesey coastal path. After about 400 yds the path leaves the road through a gate and into a field. Walk across the field following the path near the left boundary. Admire the views of the castle and town.

Exit the field at a gate and continue along the promenade. Exit the parking area but continue in the same direction heading for the pier.

There is a stone circle on the right followed by a panorama information board.

Turn left at the RNLI shop and go on to the pier.

Retrace your steps past the RNLI shop to reach a road and turn right.  After a fine large building turn left signposted Courthouse. The Courthouse is on the right on reaching the main road (Castle Street). The Courthouse was built in 1614 and the original dock and the jury room can be seen.

Opposite the Courthouse is Beaumaris castle, built in 1295, a castle with classic proportions and perfect symmetry built by Edward I.

As one leaves the exit from the castle, go straight ahead along the main street, Castle St, for shops and coffee! Opposite Alma Street (on the left) turn right signposted Gaol. Take the third left along Bunker’s Hill to visit the Gaol.

This was built in 1829 by Hansom, famous for the Hansom Cab.

The Gaol features the only working tread wheel in Britain.

On leaving the Gaol turn right and then left. Soon on the right is a black metal gate in a wall. Enter the churchyard of St. Mary’s and St. Nicholas’s church here and turn to the right to reach the East Door. In the porch is the Tomb of Joan, consort of Llewlyn ap Iorwerth.

The church was built in the 14th century, soon after the castle, and inside are interesting carvings.

Continue round the churchyard passing the war memorial. Leave the churchyard here and turn left on to Church Street. Turn right up Henllys Lane (stonewalls on either side of the road) for about half a mile to return to Henllys.

Click here for further details about the Holiday Property Bond's restored Francisan friary which dominates 150 acres of hillside parkland and has its own county-standard 18-hole golf course, HPB Henllys