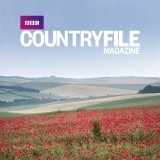 Responsible for this content
BBC Countryfile Magazine
Dan Robertson
on the June 19, 2021

Often overshadowed by its towering neighbour, Pen y Fan, this verdant mountain in the heart of the Brecon Beacons National Park in Wales is one of Britain's most understated peaks.

Cribyn, at 795m, sits 101m below the tallest peak in southern Britain, Pen y Fan. But far from inferior, the angular mount affords spectacular views over the surrounding countryside, making it well worth the climb.

1. To avoid the crowds, park at Llanfrynach and follow the Three Rivers Ride route to the base of Bryn Teg, a ridge that leads up to Cribyn. The way is steady going, with a short section requiring a half-scramble. The tactility of the rock beneath your hands brings you closer to the land and offers the sense that you are not just summiting some humble hill, but a true mountain.

2. From the peak, the impressive rock face of Pen y Fan glows green with mosses and plants, while trailing off to the east is Fan y Big.

3. Look for peregrine falcons, buzzards and red kites swooping gracefully above the national park’s monoliths. The Black Mountains mark the eastern skyline, while to the south, on a clear day, you can gaze across the Bristol Channel to Exmoor and Devon’s rugged north coast.

4. Drop gently from the peak to the east to meet ‘The Gap Road’. This clear track is popular among bikers and hikers, and leads down to rejoin the Three Rivers Ride.

As you descend north to The White Swan in Llanfrynach for a well-deserved drink, look back and marvel at your day's muse: beautiful Cribyn.