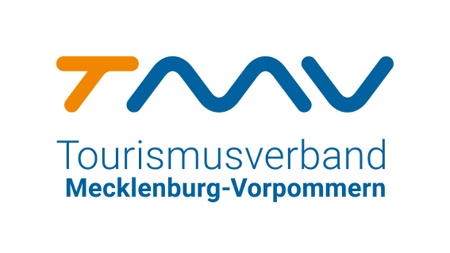 Responsible for this content
Mecklenburg-Vorpommern Tourist Board Verified partner  Explorers Choice
Beauties of the village
moderate
Distance 119.5 km
Duration8:11 h
Ascent307 m
Descent307 m
Villages with stately manor houses from the 18th and 19th centuries - the small, ideal worlds are loacted between flowering fields, cooling forests and gentle hills. The magnificent buildings impress not only with their beautiful parks, but also with baroque scrollwork, Roman columns or neo-Gothic pointed arches.

The bath railway "Molli" is one of the oldest narrow-gauge railways in the world and delights guests with an exciting ride (bicycle transport possible).

The section Rederank-Gerdshagen is currently only accessible to a limited extent. The following two bypasses are possible:

Option 1: From Satow via Miekenhagen via the old Kastanienweg towards Horst. Then you are on the Gutshaus-Rundweg in the direction of Rosenhagen again.

Option 2: Coming from Hohen Luckow do not go to Satow but turn left. Follow the signs with the green triangle and in the village of Jürgenshagen take the Neukruger Weg in the direction of Satow.  Turn right in Radegast to Miekenhagen and Horst. You will then return to the route of the Gutshaus-Rundweg.

The round tour starts in the city of Bad Doberan. The cathedral city impresses with its Cistercian monastery church and classicist lodging houses that are known beyond national borders. The trail leads past wide meadows with horses and cows, gnarled pastures, colourfully blooming field margins and small hills - like in a picture book. Manor houses can be found along the way to the town Neubukow. The birthplace of the Troy explorer Heinrich Schliemann welcomes its guests with a windmill and small-town idyll.

In the salt lagoon, flocks of birds cavort in the shallow waters off the Wustrow peninsula. One romantic manor house after the other invites you to dream between the magnificent rape fields around the Bastorf lighthouse. The nearby sea, which accompanies the cyclist on his way, lures him with a refreshing break.

The Baltic seaside resort of Kühlungsborn with its endless promenade and pier is a good place to spend some time. Like the radiant white classicist ensemble in nearby seaside resort Heiligendamm, here, white sophisticated villas in the style of spa architecture are reminiscent of life in imperial times.

Past the oldest horse race track on the European mainland, an avenue of linden trees leads to Bad Doberan. Another highlight is the narrow-gauge railway steam locomotive “Molli” , which accompanies cyclists along part of the route.

Along the circular route, there are manor houses in the towns:

With the regional train (RB, RE) to Bad Doberan (main station)