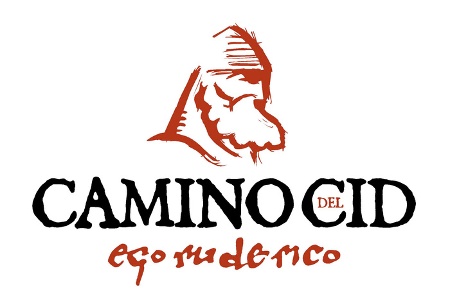 On this route you will see a large part of the essence of Castile, one of the most important kingdoms of Spain in the Middle Ages. The countryside alternates with dry cropland in the valleys of the Rivers Arlanza and Duero with juniper, oak and pine forests and flat land and moors. The route crosses six natural areas protected by the Natura 2000 Networking Programme, including the juniper forest in the valley of El Arlanza and La Yecla (a limestone cliff as you leave Silos and next to the road, well worth a visit) and the area around the River Duero in Soria, which is of great environmental importance, but which was also geographically and politically important in the Middle Ages since it was the natural border between Castile and Al Andalus. This importance can be seen in the many lookout posts and castles that mark out this unique area between Langa de Duero and Berlanga de Duero, whose emblem is the huge caliphal fortress of Gormaz, once governed by El Cid.

You will pass by two of the large foundational monasteries of Castile: that of San Pedro de Cardeña and that of Silos, and very close to that of Arlanza (8 km from Covarrubias), and you will visit mythical places that form part of the history of El Cid, including Vivar del Cid, San Pedro de Cardeña, Castillejo de Robledo and San Esteban de Gormaz, among others. Of course, the route also includes Burgos, the city of El Cid par excellence, with good infrastructures for cycling tourists and excellent monuments with its Gothic cathedral at the top of the list, declared a World Heritage Site. On the route, you will also come across many examples of Romanesque architecture in the fascinating cloister of Santo Domingo de Silos, the paintings in the shrine of San Miguel in Gormaz, the churches of San Esteban de Gormaz and in many other villages that have examples of the so-called rural Romanesque style, which is very humble but highly suggestive and evocative. This section is also predominated by small, quiet villages, some of which have maintained their medieval 'aroma' and are of recognized interest, such as Covarrubias, Santo Domingo de Silos, Langa de Duero, San Esteban de Gormaz, El Burgo de Osma, Berlanga de Duero and, of course, at the end of this route, in Guadalajara, the impregnable Atienza, all of which have been declared Historical and/or Artistic Sites.

Get the most current information: en.caminodelcid.org

You can download the latest guides, tracks, maps and info in the web: www.caminodelcid.org

Bus and railway station in Burgos