In this city, innovation and tradition meet and form an attractive destination for young and old. Get to know the history of the country and explore the city by foot - along the River Thames line up the greatest sightseeing places and must-visits. Many of the museums have free admissions and teach fascinating facts about the world’s history. Pay a visit to the Queen at Buckingham Palace and enjoy the impressive Changing of the Guards. Your trip through the city will be accompanied by the exciting tunes of street artists who present their talent in front of many visitors.
Read on
Outdooractive Editors  Verified partner
Author of this page 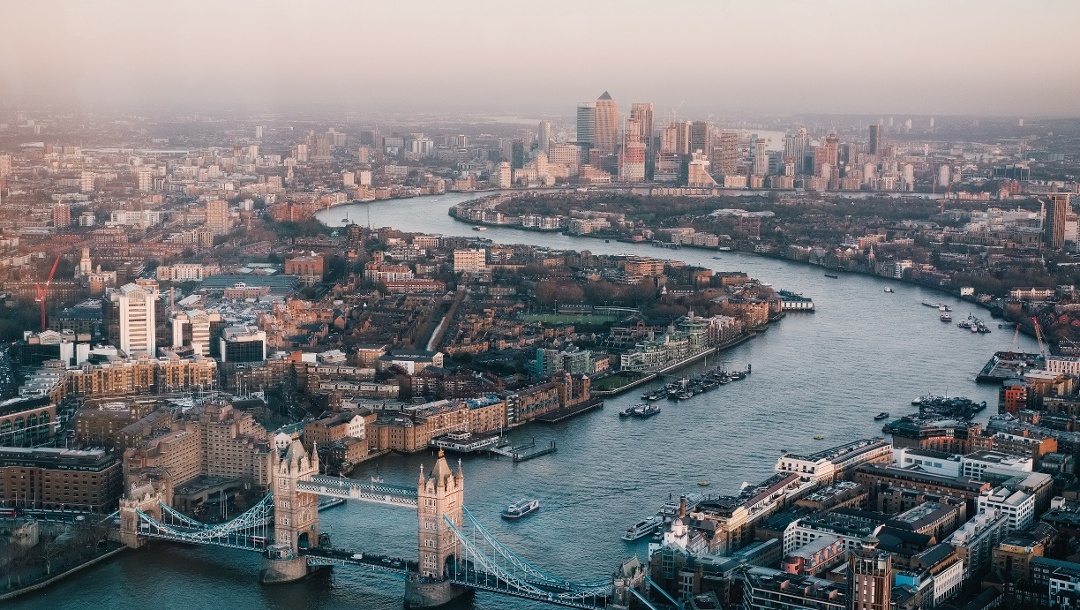 St. Paul's Cathedral is an iconic monument in the heart of London City.

Since 1894 the Tower Bridge - named after the Tower of London - connects Tower Hamlets and Southwark. ...

Enjoy the panoramic view of London City in one of the 32 enclosed capsules.

The mighty fortress in London bears the history of an entire century.

Richmond Park is a 2500-acres-large natural habitat and a green oasis, ideal for a day trip away ...

The Tate Modern at the Thames River Bankside is a museum showing international modern and ...

St. Paul's Cathedral is an iconic monument in the heart of London City.

Since 1894 the Tower Bridge - named after the Tower of London - connects Tower Hamlets and Southwark. ...

Enjoy the panoramic view of London City in one of the 32 enclosed capsules.

The mighty fortress in London bears the history of an entire century.

Richmond Park is a 2500-acres-large natural habitat and a green oasis, ideal for a day trip away ...

The Tate Modern at the Thames River Bankside is a museum showing international modern and ...

webcams
London is the place to see many of Britain’s most iconic tourist attractions, such as Buckingham Palace, Big Ben, the Tower of London, and St Paul’s Cathedral. But there is much more to the capital than its rich history – it is a vibrant, dynamic city that offers a lifetime of experiences.
London Sightseeing Guide
13 entries | updated August 31, 2020

London is an exciting city, which has plenty of sightseeing highlights to offer. From glamorous Royal Palaces to museums bursting with historic exhibitions to green getaways amidst the hustle and ...

The Great Museums of London

Whatever you are interested in, there is probably a museum on this topic in London. Yes, sometimes it rains in England’s capital. Not as often as you might think, but in case it is pouring down, there are great ways to spend a great day indoors.

Take advantage of the versatile cultural offer and head to one of the museums - most of them with free admission! In South Kensington, prestigious museums present historic exhibits which amaze young and old from all over the world. One of the most popular places is the Natural History Museum which lights up not only children’s eyes with its fascinating collection. Just a bit further down the road, is the Victoria&Albert Museum which presents all sorts of fine arts.

If you prefer more curious exhibition venues, pay a visit to the Golden Hinde, a reconstruction of a traditional English galleon or the Graffik Gallery and participate in a workshop on graffiti.

Evenings in the City

If your feet are still not tired from exploring London throughout the day, get some tickets for Shakespeare’s Globe Theatre - it’s a one of a lifetime experience! The venue is based on traditional theatres from the 16th century and the companies perform traditionally William Shakespeare’s plays. Of course, you can get seats up in the gallery, however, the view from the crowd, right in front of the stage is great and the feeling even better. The downside to this is that there are no seats. During the whole performance, which can be as long as three hours, you have to stand. But you won’t even notice because you will immerse into the scenes of the play.

If this is not for you but you are still into philosophizing over the stories of British authors then step into the Sherlock Holmes Public House and Restaurant and solve the riddles together with Sir Arthur Conan Doyle’s cult figure.

From the stars of British literature, we move on to the stars of the West End. London has many different shows to offer - you will definitely find something that is your taste. Immerse into the magical world of Harry Potter while watching The Cursed Child, classic musicals or new dazzling shows.

From the City into Nature

Nature is just around the corner! You would not believe that you can find this many green spaces in such a big city, but getting away from the hustle and bustle of London is pretty easy.

Outdoor enthusiasts don't have to choose between a city trip and an active holiday; here, you can have both. So if your planning on going to London, remember to pack your running shoes to enjoy a walk in one of the parks. Or hire a bike and breath the fresh air while peddling through Hyde Park, Richmond Park or Hampstead Heath.

Show all webcams in London

Biggin Hill loop via Cudham & Aperfield by Rob
April 17, 2022 · Community
Lovely walk with great views. Lots of ups and downs. Done on a dry and sunny day. Thanks for sharing the route
More Show less
When did you do this route? April 17, 2022
Comment
Rare Walk - Hampton Court to Hammersmith by David
December 01, 2021 · Community
Comment
Show more Show less