The Transalpina road passes through Gorj county, but the flow of tourists looking for the panoramas offered by one of the most sought-after tourist objectives in Oltenia is mostly transitory. A quiet exploration of Gorj County beyond the highest road in Romania will reveal some of the largest and most beautiful caves in the country, wild gorges, fine traditional architecture or modern ski slopes.
Read on
Digital Travel Guide S.R.L.  Verified partner  Explorers Choice
Author of this page 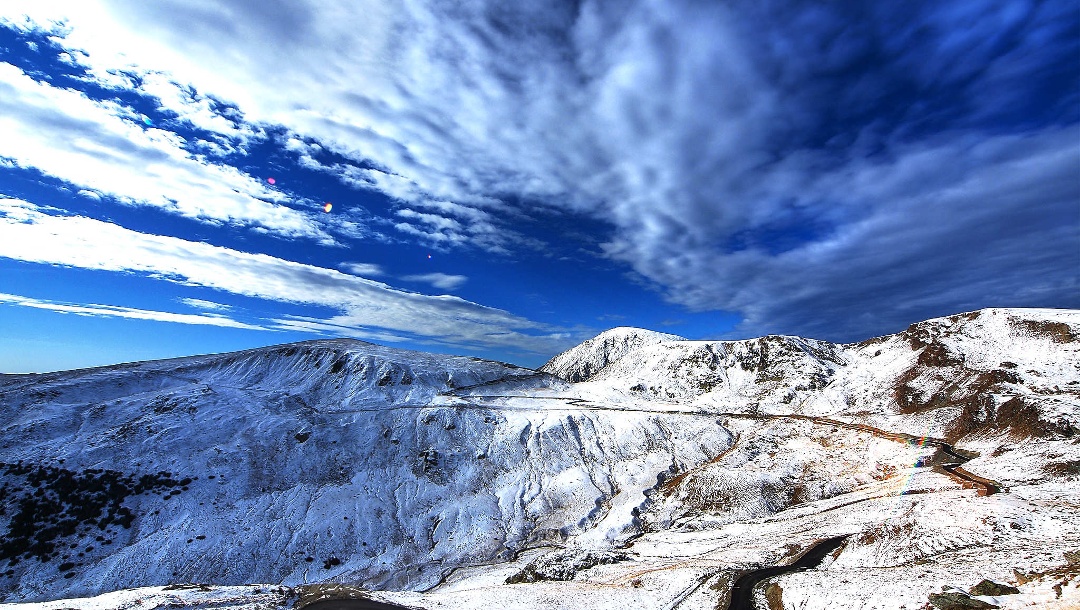 The Infinite Column or the Endless Column is a sculpture by the Romanian artist Constantin Brâncuşi, ...

In the Adventure Park from Rânca, Transalpina, active tourists are expected, those who love the ...

The Infinite Column or the Endless Column is a sculpture by the Romanian artist Constantin Brâncuşi, ...

In the Adventure Park from Rânca, Transalpina, active tourists are expected, those who love the ...

Great places to visit with the family
webcams

The northern part of Gorj County is vibrating with tourist potential, while the south is struggling into anonymity. The cultural heritage left by Constantin Brâncuși is harmoniously intertwined with the reminiscences of the traditional Gorj village. The deep traces left by the mining operations in the Jiu Valley are still noticeable through numerous industrial heritage buildings. Descending southwards, the alpine ridges of the Retezat-Godeanu and Parâng Mountains, reserved for experienced mountaineers, turn into sub-Carpathian hills, which hide many natural wonders and numerous possibilities for outdoor activities suitable for the entire family.

Cultural or religious tourism in Gorj County is complemented by impressive monasteries and the Gorj kulas. Beyond these, Gorj County is similar to a hidden gem for the active tourist in search of less beaten paths.

The Jiu Gorges National Park and the Domogled- Cerna Valley National Park (partly located on the territory of the county) host some little-promoted, but very spectacular landscapes. Passionate mountaineers venture on the hiking trails that start near Lainici Monastery or near the springs of the Cerna river to witness the wonderful nature; so you can always make a trip plan in the area.

A picturesque road starting from Transalpina, between Novaci and Polovragi, takes you through the traditional villages of the Oltenia Subcarpathians, to some popular tourist attractions in Gorj - Muierilor Cave, Galbenului Gorges, Oltețului Gorges - the narrowest in Europe and the children will surely enjoy the unique look of the Colorful Forest.

From Runcu, a narrow, partially paved road takes you to the wonderful Sohodol Gorges, an opportunity to admire a karst landscape that competes with that in the Apuseni Mountains. Even more challenging is to take a unique mountain bike route passing beyond the Sohodol Gorges, entering the heart of the Vulcan Mountains, crossing them, only to arrive close to Câmpu lui Neag. In fact, many trails that start from the mountain villages are ideal for MTB tours, with friends or family, as long as the children have considerable training.

More than just a country brand, well-known sculptor Constantin Brâncuși was among those who laid the foundations of modernity in European sculpture at the beginning of the twentieth century.

Starting off from the village of Hobita (about 24 km from Târgu Jiu), the Romanian sculptor overcame his condition as a simple peasant, while his entire work is based on sacred symbols from Romanian folklore and the raw simplicity of folk art in Oltenia.

A visit to the Constantin Brâncuși House Museum in Hobița will help you understand the sculptor's early years and the sources of inspiration for some of the most common symbols in his work.

The other obligatory stop is Târgu Jiu, for the monumental ensemble on Calea Eroilor. The three major works that make up the ensemble reflect his mature vision of human existence and at the same time are the only legacy in situ left by Brâncuși to Romania. In fact, the ensemble is probably the only notable tourist attraction in the city.

Now that Jiu river waters are cleaner and pollution from mining is no longer a problem, Jiu Valley has become one of the main destinations in Romania for whitewater kayaking and rafting in seasons when the waters are deep enough.

The rocky walls along the Jiu valley have many segments popular among climbing enthusiasts. Also, Galbenei Gorges or Sohodolului Gorges also have many sectors where you can improve your climbing technique.

And if neither climbing nor rafting or other extreme sports is your strong point, lying in a hammock high above a precipice will definitely exceed any of your expectations. Check out the hammocks near the Muierilor Cave (Baia de Arama). The experience will be unique and is also suitable for children.

Show all webcams in Gorj