Albania is a small country on the Balkan Peninsula, bordered to the west by the Adriatic and Ionian Seas and to the north by the Dinaric Mountains. About half of Albania's surface area is mountainous, and the nature in the interior is wild and sparsely populated. Larger touristic centres, like the capital Tirana, are located near the mediterranean coast.
Read on
Outdooractive Editors  Verified partner
Author of this page

The south of Albania and the people living there were influenced for a long time by the oriental culture of the Ottoman Empire. Even today, over 50 % of the population profess Islam. In the north there were historically many archaic tribes, with the exception of the city of Shkodra, which had close trade links with Venice in Italy and whose culture was therefore Roman-Christian.

Although tourism is still in its infancy in Albania, the country offers good conditions for growth. The natural landscape stretches between high mountains and the sea, between Mediterranean and continental climate and is therefore extremely varied.

Albania beginners feel comfortable on the beaches in the west of the country. These can certainly compete with their Italian and Croatian counterparts and are far less crowded. If you want to experience a real adventure, the eastern part of Albania is the right place for you. There, vast, unspoilt landscapes and mountainous plateaus await new adventurers. 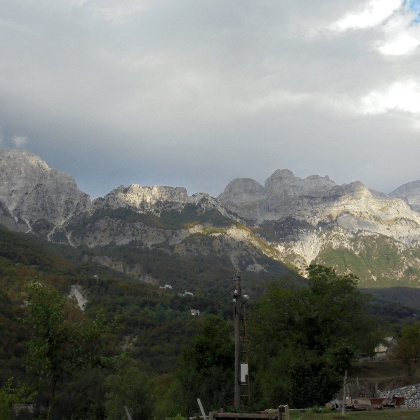